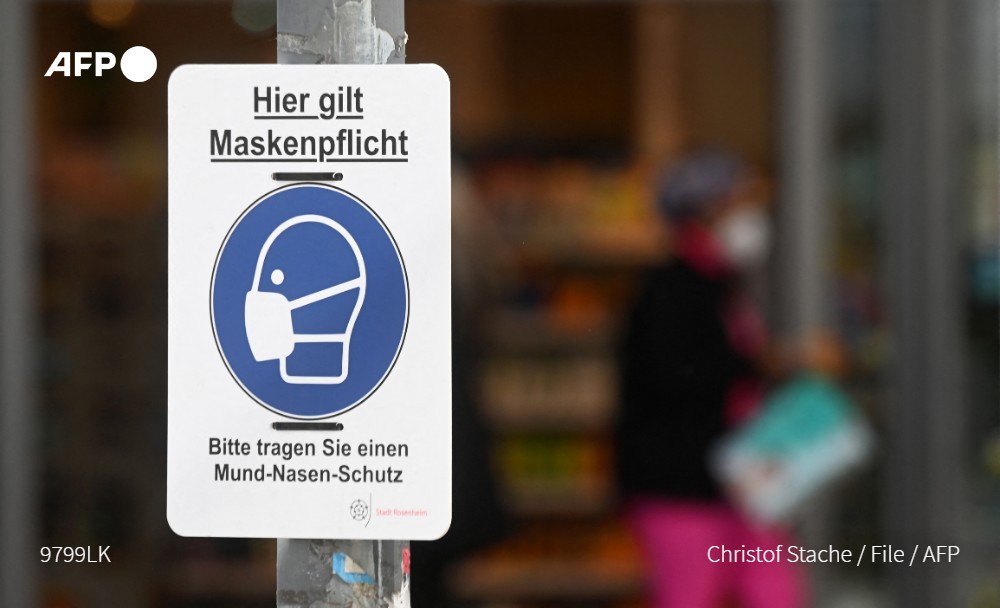 People who have been fully vaccinated against Covid-19 will no longer have to abide by curfews and contact restrictions in Germany under a draft law agreed by the cabinet on Tuesday.

The law, which would also apply to people who have recovered from Covid-19, must still be signed off by parliament but could come into force as early as this week, Justice Minister Christine Lambrecht said.

There must be a "good reason" for any restrictions on public life, Lambrecht said. "As soon as this reason ceases to exist... these restrictions should then no longer be in place," she said.

Under national measures introduced in April, areas of Germany with an incidence rate of more than 100 new infections per 100,000 people over the last seven days must introduce overnight curfews and people may only meet with one other person from another household during the day.

But people who have been vaccinated, or who have recovered from Covid and therefore have natural immunity, should in future be exempt from these rules, Lambrecht said.

The draft law seen by AFP would also exempt vaccinated and recovered people from quarantine rules for people returning from abroad, even from areas deemed high risk.

Areas of Germany with incidence rates under 100 are currently allowed to open shops, restaurants, cinemas and other facilities, but only to people who can provide a negative test.

Under the new regulations, vaccinated and recovered people would also be exempt from this requirement.

Some German states, including Berlin and Bavaria, have already announced plans to scrap the negative test requirement for vaccinated people when they go shopping or visit the hairdresser.

The Bavarian cabinet on Tuesday also signed off a plan to allow hotels, holiday homes and campsites to open in regions with low incidence rates from May 21.

However, Bavaria's iconic Oktoberfest beer festival, which usually attracts millions annually in September and October, will be cancelled this year for the second year running.

Germany has been in some form of virus shutdown since November, with numbers of new infections remaining consistently high amid an initially sluggish vaccination campaign.

But the campaign has since picked up pace, with more than a million jabs issued in one day last week, and new infection numbers have started to come down.

The Robert Koch Institute health agency recorded 7,534 new infections in the past 24 hours on Tuesday and 315 deaths, with a national incidence rate of 141.4.

But despite these successes, critics say it is too soon to be lifting restrictions.

Ute Teichert, the head of the Federal Association of German Public Health Officers, said it was "imperative that vaccinated people continue to be tested".

"Without comprehensive testing, we will lose sight of the incidence of infections -- especially with regard to virus variants," she told the Funke media group on Tuesday.

MP and epidemiologist Karl Lauterbach said it was reasonable to lift some restrictions for vaccinated people, but restaurants, bars and other facilities should not be reopened just for them.

"We must not make the mistake of jeopardising the successes achieved by the national 'emergency brake'," he warned, referring to the national restrictive measures introduced in April.