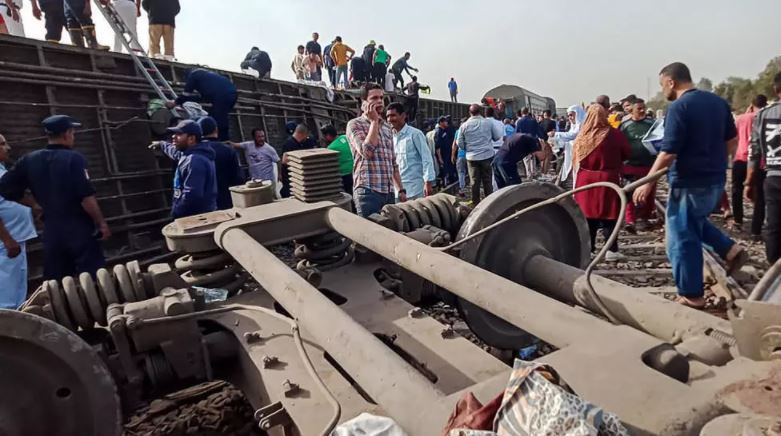 The ministry said "97 citizens were injured in a train accident in Toukh", a small farming town in the fertile Nile Delta about 40 kilometres (25 miles) outside the capital.

No deaths were reported.

A security source told AFP eight carriages came off the rails as the train headed north towards the city of Mansoura.

Over 55 ambulances were dispatched to treat the injured, the ministry said, and investigators have been sent to assess the accident's cause.

The security source said the driver and other rail officials had been detained for questioning.

At least 20 people died and 199 were injured last month in a train crash in the country's south, according to the latest official toll, which authorities have revised several times.

The prosecution alleged last week that the driver of one train and his assistant had both left the driver's cabin when it crashed into another train.

President Abdel Fattah al-Sisi has vowed to hold to account those responsible for the latest of several deadly train accidents in recent years.