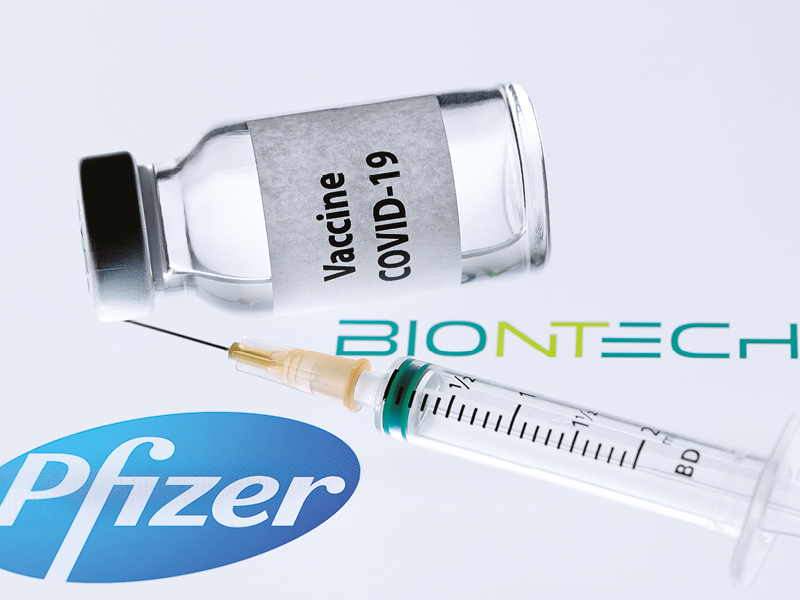 Britain on Wednesday became the first western country to approve a COVID-19 vaccine for general use, announcing a rollout of Pfizer-BioNTech's jab from next week in a major advance for humanity's fightback against the coronavirus.

A mere 12 months after the pandemic began in China, the UK’s independent medicines regulator gave its green light in double-quick time but insisted safety had come first.

“Everybody can be confident that no corners whatsoever have been cut,” June Raine, chief executive of Medicines and Healthcare Products Regulatory Agency, told a news conference.

“The public deserve nothing less,” she said, stressing her agency's certification process was no different to counterparts in the United States and the European Union.

Prime Minister Boris Johnson hailed the ‘fantastic’ news, while urging the public to remain cautious on the day that England exited a four-week lockdown and re-imposed regional curbs.

“It’s the protection of vaccines that will ultimately allow us to reclaim our lives and get the economy moving again,” he said.

That will be ramped up to millions of inoculations by the end of the year. “Help is on its way,” he told BBC radio.

The breakthrough will encourage hopes the world can finally get back on course in 2021 after a year of traumatic losses, both human and economic.

The novel coronavirus has killed nearly 1.5mn people since the outbreak emerged in China 12 months ago. At least 63mn cases have been registered.