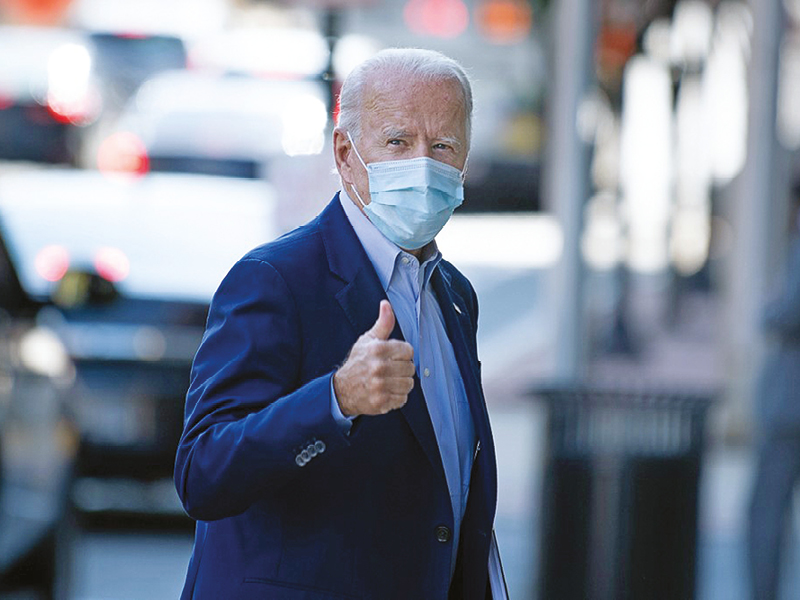 An election like no other; record voting in US

Voters in the US marked the end of an election like no other at the polls on Tuesday, casting the last of what will likely be a record number of ballots despite a global pandemic that has upended long-established election procedures and triggered hundreds of lawsuits.

Election officials warned that millions of absentee ballots could slow the vote count, perhaps for days, in some key battleground states. The projections of winners will not be made until all of the polls closed in a state.

US President Donald Trump said he felt good about his chances for victory, predicting that he would register big wins in key states such as Florida and Arizona. “We feel very good,” Trump told Fox News in a phone interview.

Trump said he expected victory in all the key states that will decide the election, but said he would not 'play games' by declaring his win too early.

Running behind in most opinion polls, Trump bashed Democratic opponent Joe Biden, ‘biased’ media and the ‘extreme’ left as he repeated his argument for reelection to four more years in the White House.

Trump called it 'terrible' and 'dangerous' that millions of votes mailed in might still not be counted on Wednesday.

But he downplayed allegations that he planned to prematurely declare victory on Tuesday evening before enough of the vote is tallied to determine the winner.

Biden ‘with the Grace of God’

“From this House to the White House with the Grace of God,”  Biden wrote in black pen behind a picture on a wall of the living room of his childhood home, signing his name and adding the date, ‘11-3-2020’.

The Democratic presidential nominee returned to his childhood home in the industrial town of Scranton and signed his name for good luck. "We're going home," Biden told reporters.