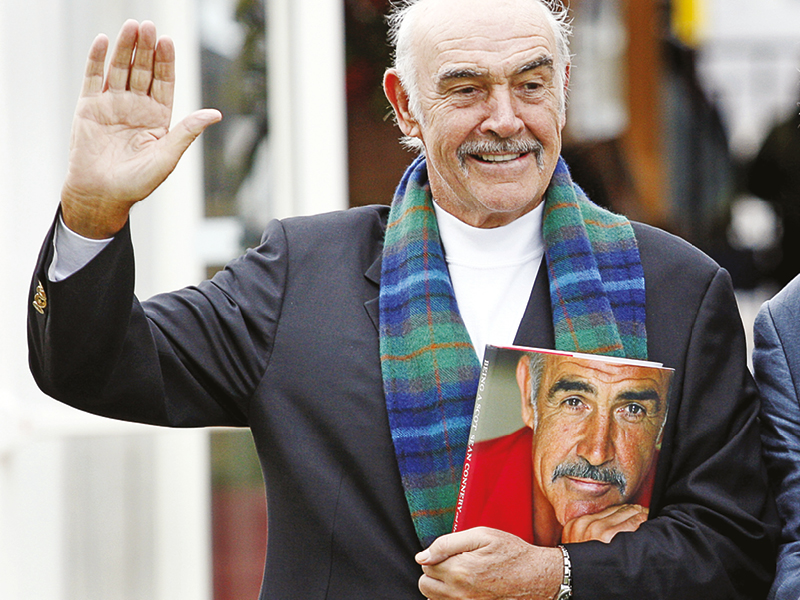 The Scottish actor, who was knighted in 2000, won numerous awards during his decades-spanning career, including an Oscar, three Golden Globes and two Bafta awards.

Tributes immediately began pouring in for Connery who was considered one of the greatest movie stars of his generation.

"How infinitely sad to hear the news Sir Sean Connery has passed away," stated a message on the Twitter account maintained for fellow Bond actor Roger Moore who died in 2017.

"He and Roger were friends for many decades and Roger always maintained Sean was the best ever James Bond. RIP."

Connery claimed his Oscar in 1988 for best supporting actor for his role in The Untouchables. The first actor to utter the unforgettable "Bond, James Bond", Connery made six official films as novelist Ian Fleming's creation.