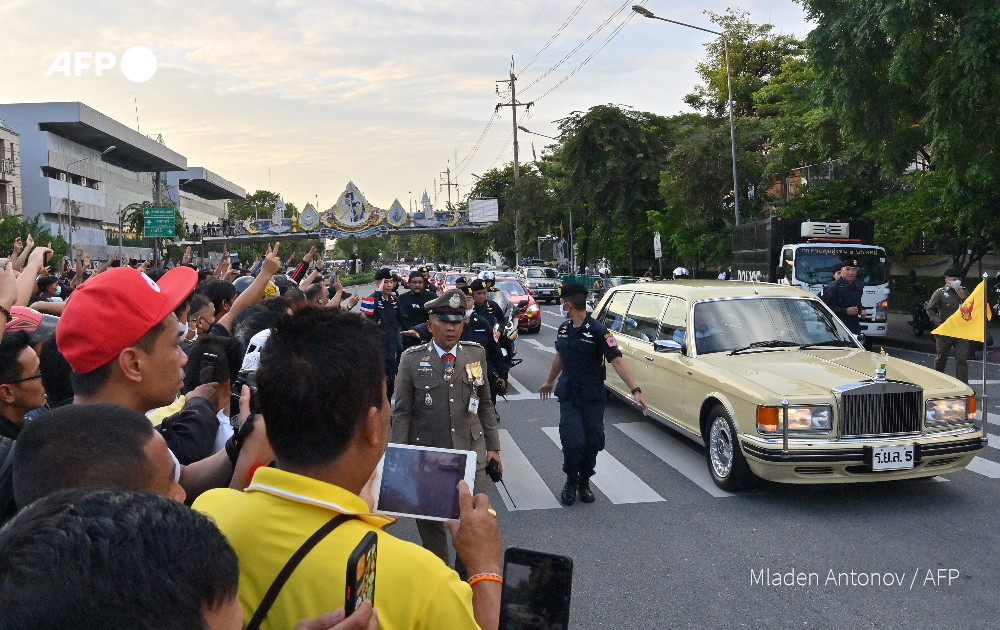 More than 20 protesters arrested in Thailand

Thai police arrested more than 20 people under sweeping new emergency measures Thursday, with pro-democracy activists reporting a handful of high-profile leaders were among those detained.

The arrests came after thousands gathered in Bangkok, including on the route of a royal motorcade, with many raising a defiant three-fingers.

The salute, borrowed from the "Hunger Games" books and films, has been harnessed by the youth-led movement as a symbol calling for democratic changes.

Some protesters have also demanded reforms to the kingdom's monarchy -- a once-taboo issue because of stringent royal defamation laws.

The anti-government demonstration continued through the night and before dawn Thursday authorities issued an emergency decree banning gatherings of more than four people in Bangkok.

"Twenty-two people have been arrested and are being detained at the Border Patrol Headquarters," said National Police spokesman Yingyos Thepjumnong.

Student leaders issuing calls for a fresh protest in the afternoon will not be allowed to rally, he said.

"If there is a gathering we will give a first warning and give them time to disperse," he said, adding that security checkpoints will be set up around the rally site, the downtown Ratchaprasong intersection.

The new measures -- which extend the scope of a state of emergency imposed on Thailand to control the coronavirus pandemic -- allow police to arrest those involved in the protests, according to a government statement.

They also outlaw online posts deemed a threat to national security and give powers to authorities to seize "electronic communications equipment, data, and weapons suspected to cause the emergency situation".

The top trending hashtag on Thai Twitter was "15 October To Ratchaprasong".

The Ratchaprasong traffic junction -- where student leaders have called the afternoon rally -- is the site of a major crackdown in 2010, in which the military gunned down scores of "Red Shirts" protesters.