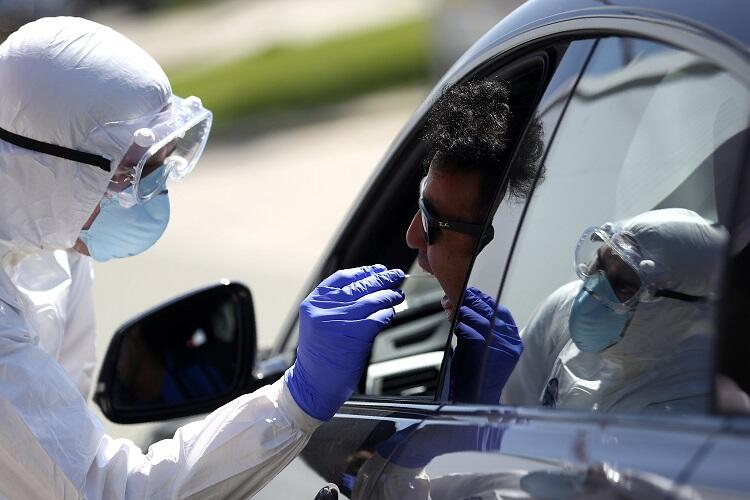 Virus cases top 4,000 a day in Germany, a first since April

Berlin: New cases of coronavirus infections in Germany have soared past 4,000, official data showed Thursday, reaching a daily level not seen since April 11 when the country was still in lockdown.

The alarming jump in numbers came with autumn school holidays about to begin, prompting calls from Chancellor Angela Merkel's government for citizens to avoid travel abroad during the usually busy period for tourism.

Germany's 16 states were also tightening rules for domestic travel, agreeing Wednesday evening on a ban on overnight stays in hotels or holiday apartments for visitors from so-called risk zones within the country.

Places where new infections top 50 per 100,000 inhabitants over the last seven days are classed as risk zones, and local authorities are required to take specific measures to halt contagion.

Parts of central Berlin have slipped into the category, prompting the German capital authorities to order restaurants and bars closed from 11pm.

Likewise, numbers in financial capital Frankfurt were also rising, and are now just a whisker away from risk-zone category.

Hotspots have sprung up elsewhere in the country, some recording mass infections from family events or private parties.

But government spokesman Steffen Seibert had warned "there are rapidly increasing numbers, especially in some major German cities ... that can no longer be attributed to a single outbreak, but which give rise to fears that the virus could diffuse widely."