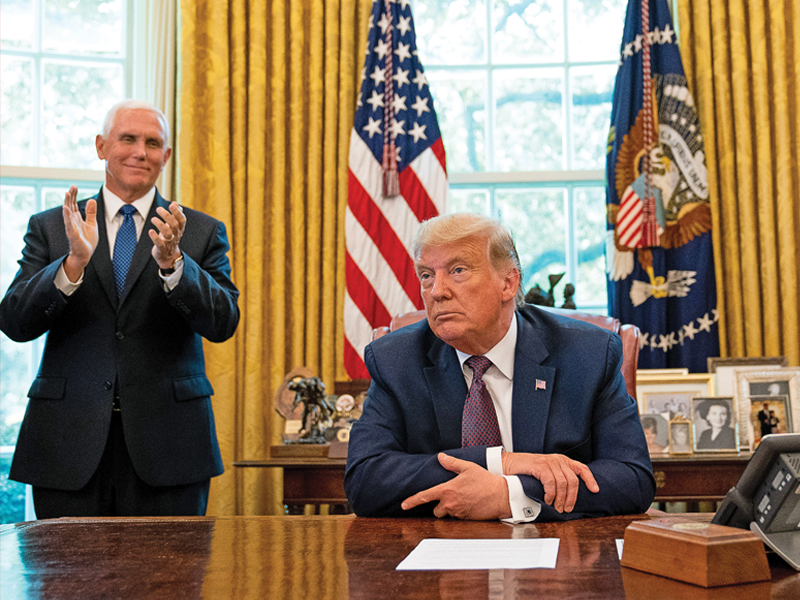 US President Donald Trump announced on Friday a ‘peace deal’ between Israel and Bahrain, which becomes the second Arab country to settle with its former foe in just the last few weeks.

“Another HISTORIC breakthrough today! Our two GREAT friends Israel and the Kingdom of Bahrain agree to a Peace Deal - the second Arab country to make peace with Israel in 30 days!” Trump tweeted.

A joint US-Israel-Bahrain statement said there would be “full diplomatic relations”.

Bahrain has agreed to formalise the deal with Israel at a ceremony on September 15 at the White House, where the United Arab Emirates will also sign off on its own thaw with Israel announced in mid-August.

At the White House Trump celebrated, calling it "a truly historic day" and "so interesting" that he was able to make the announcement on the anniversary of the September 11, 2001 attacks against the United States.

"When I took office the Middle East was in a state of absolute chaos," said Trump, who faces a difficult re-election in just over seven weeks.

The UAE's earlier announcement of a normalisation of relations with Israel broke with years of Arab League policy on the Middle East conflict and has seen pushback from the Palestinians and Iran.

Trump, who has made crushing sanctions and diplomatic pressure on Israel's arch foe Iran a priority of his administration, predicted however that there would be a 'very positive' development in the standoff with Tehran.