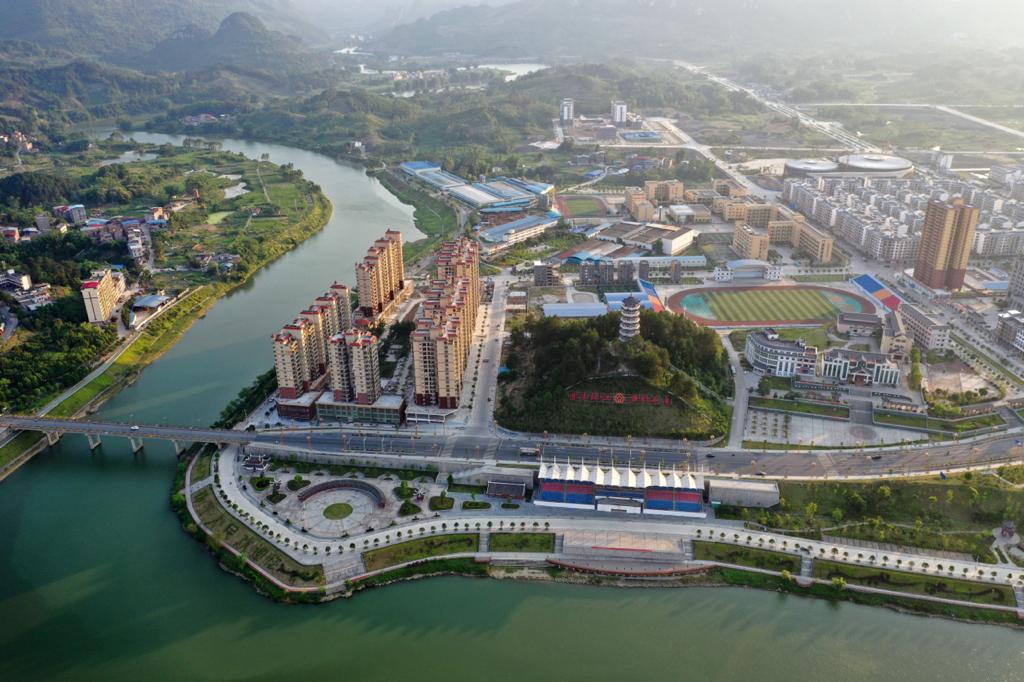 What makes a difference on COVID-19 death rate?

BEIJING (Xinhua): What does the death rate mean? Why does it vary in different countries?

According to the mortality analyses by Johns Hopkins University, the deaths per 100,000 people in the United States was 15.27 on April 24, compared with a mere 0.33 in China.

Fluid due to the increase of mortalities, the death per 100,000 people measures the outbreak's severity facing the entire population of a country.

China first bore the brunt of the outbreak, and further analysis in breakdown shows the mortality rate per 100,000 people varies in its different regions, too.

Take the hardest-hit city, Wuhan, for example. After the coronavirus was first detected in the city, capital of Hubei Province, in late December 2019, local hospitals were once overwhelmed by large numbers of infected patients in the early stages of the outbreak, a predicament that was repeated in many Western countries.

With a population of more than 11 million, Wuhan saw the coronavirus death per 100,000 people at around 35.17 as of April 23, while that for Hubei Province, with a population of over 59 million, stood at around 7.6, compared with 0.33 nationwide, as calculated using data from China's National Health Commission (NHC).

Thanks to the resolute measures including a strict 76-day lockdown of Wuhan, the coronavirus outbreak in China was largely contained in Hubei. The province took up 97.4 percent of deaths and 82.3 percent of confirmed cases in the Chinese mainland.

Another indicator, the case-fatality ratio or the deaths-to-infections ratio, which calculates the rate by dividing total deaths by the number of confirmed cases, is also widely used to reflect both the severity of the outbreak and the effectiveness in the treatment of patients.

Belgium, France, UK, Italy, the Netherlands, Spain, Iran, the United States, China and Germany were ranked by Johns Hopkins University as the top 10 countries that have the most deaths proportionally to their COVID-19 cases. The proportion in the United States was 5.7 percent and that in China stood at 5.5 percent on April 24.

Globally, the deaths-to-infections ratio stood at about 6.9 percent by April 22, with 175,694 deaths and over 2.54 million confirmed cases worldwide, according to WHO data.

That means about 6.9 percent of people known to be infected with the coronavirus have died worldwide, underscoring how deadly the virus could be.

Of those different death rates, what makes the difference? What things has China done right to bring COVID-19 under control?

NHC official Jiao Yahui said a series of decisive measures taken by the Chinese government since late January are the variants that matter.

China began the 76-day lockdown of outbound channels in Wuhan on Jan. 23 as part of its nationwide emergency response efforts, and the situation started to improve subsequently.

The central government allocated and transferred funds to Hubei and pooled resources from other parts of the country to guarantee the normal lives of local residents in Wuhan and Hubei.

Wearing face masks or not made a big difference in preventing healthy people, particularly medics, from contracting COVID-19, said Wang Xinghuan, president of the Zhongnan Hospital of Wuhan University.

None of those medics who wore masks while contacting the patients in the hospital were infected, but some medics from non-COVID-19-treating departments who had not worn masks contracted the coronavirus at the early stage of the outbreak, Wang said.

Placing patients with mild symptoms under home isolation could transmit the virus to more family members, Wang said, citing lessons Wuhan has learned by reporting many cases in which one patient infected three, five or six family members in the early days of the outbreak.

To solve this problem, Wuhan later converted public facilities, including gyms and exhibition centers, into 16 temporary hospitals that helped quarantine patients with mild symptoms, while inaugurating two hospitals from scratch -- Huoshenshan and Leishenshan -- within two weeks between late January and early February to treat COVID-19 patients after local hospitals were overwhelmed.

Tackling the huge challenge of the strained medical resources, more than 42,000 medics from across the country were assembled and dispatched to Hubei to help treat coronavirus patients.

During the peak period of the epidemic, Wuhan has a total of 60,000 hospital beds to meet the surging demand for medical resources.

"This is one of the reasons that we have a rather high patient cure rate and a low mortality rate," Jiao said, adding the prompt intervention of the TCM in the whole process of treatment has been proved especially effective in alleviating early symptoms and shortening the time that patients needed to test negative.

The total lockdown of Wuhan and the national emergency response measures have helped reduce the confirmed cases in other Chinese cities by 96 percent than expected, said Zhang Wenhong, head of the Center for Infectious Disease with Shanghai-based Huashan Hospital of Fudan University, during a webinar between Chinese and U.S. medical professionals.

Many provinces, municipalities and autonomous regions swiftly initiated the top level of the public health alert system that involves the government, medical facilities and the community when the lockdown of Wuhan began.

In other parts of China where the epidemic was at different stages, slow-down, shut-down or lockdown strategies were adopted for those at the early stage, progressive stage and outbreak stage, respectively, Zhang said.

At the Sino-U.S. joint webinar, Zhang shared China's five-point experience in medical and health control of the epidemic: All suspected cases were tested twice by CDC; all diagnosed patients were admitted to designated hospitals; all nucleic acid tests and treatments were free; all patients were traced and quarantined; and in epidemic outbreak regions, the transmission chain was broken and temporary shelter models set up.

China's tough measures to stop the spread of the coronavirus in the first 50 days of the epidemic in Wuhan have bought other cities across the country valuable time to prepare and install their own restrictions, according to a paper published in late March in the journal Science by researchers from China, the United States and Britain.

By Feb. 19 there were 30,000 confirmed cases in China, said Oxford fellow Christopher Dye, co-author of the paper. "Our analysis suggests that without the Wuhan travel ban and the national emergency response there would have been more than 700,000 confirmed COVID-19 cases outside of Wuhan by that date," he said. "China's control measures appear to have worked by successfully breaking the chain of transmission -- preventing contact between infectious and susceptible people."