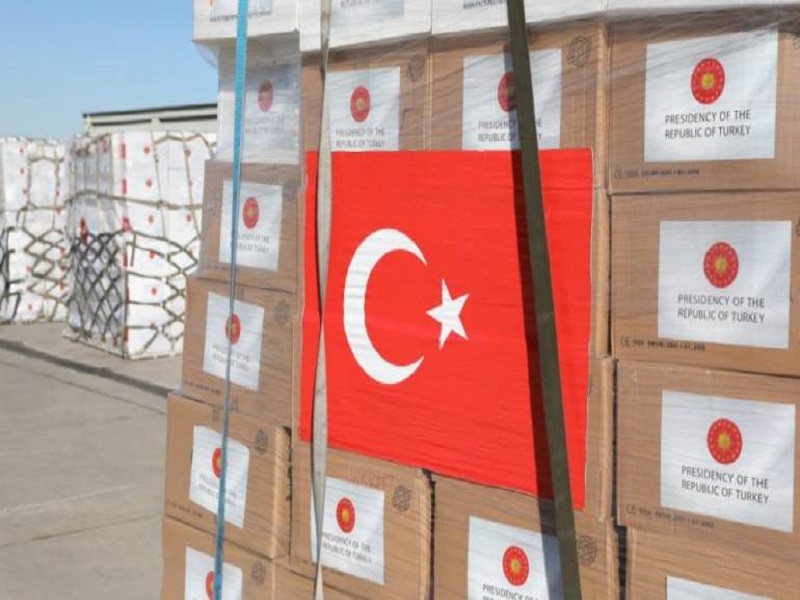 Istanbul, Turkey - Turkey is pushing its credentials as a major humanitarian power in the middle of the coronavirus pandemic by sending medical equipment to Italy and Spain, detection kits for Palestinians and even medicines to Armenia.

Turkey is hard hit itself by the virus outbreak which has killed nearly 1,300 people but it is still finding the resources to help other countries in need.

In recent weeks, Turkey has supplied masks, hazmat suits and hydroalcoholic gel to Italy, Spain and the United Kingdom, all among the worst hit in Europe.

"President Recep Tayyip Erdogan has always wanted to position Turkey has a 'humanitarian power'," quick to rescue those in need, Jabbour told AFP.

But unlike Ankara's usual interventions, Turkey is now also supporting developed countries - which are more used to helping than being helped.

It is also an opportunity to turn the tables for Erdogan, who professes nostalgia for the Ottoman Empire, infamously described as "the sick man of Europe" by Western powers before its collapse at the end of World War I.

"It is a question of showing that Turkey is a strong power which has the means to offer aid to European states, now themselves 'sick', both in the literal and figurative senses," Jabbour said.

To cultivate this idea, each delivery to Europe is carefully staged, from the plane's take-off broadcast live on television to the beneficiaries' warm thanks spread across the newspapers.

Erdogan's spokesman Ibrahim Kalin was quick to point out that "Turkey is the first country in NATO to send help to Spain and Italy," who are also members of the US-led military alliance.

Ties with the West and Europe in particularly have been strained for several years.

The latest spat with the European Union came earlier this year when Erdogan said migrants, fleeing conflict in Syria and across the Middle East, would not be prevented from leaving Turkey for Europe, causing huge numbers to gather on the Turkish-Greek border.

Relations deteriorated badly as the migrant crisis grew in 2015 and got worse still in 2016 when the EU criticised Erdogan's crackdown after a failed coup.

Erdogan in turn lambasted Brussels for failing to show solidarity with a fellow democratically-elected leader.

"Turkey's candidacy for the European Union is good for Turkey, but it's also good for Europe. In fact, this pandemic has proved us right," Kalin said.

According to Kalin, nearly 100 countries have asked for help from Turkey while Erdogan said on Monday supplies had reached 34 states.