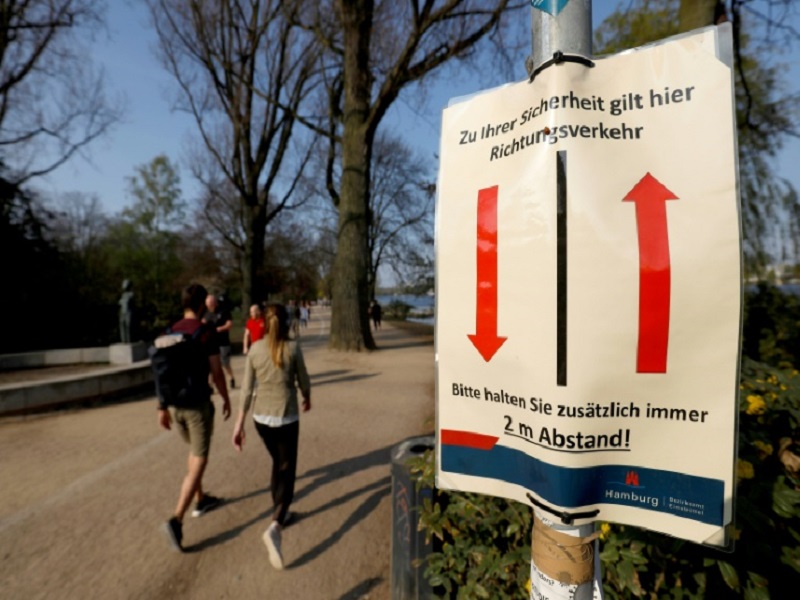 Frankfurt, Germany - The number of people infected with coronavirus in Germany has "stabilised", the public health chief said Tuesday, as politicians prepare for talks on when to end the lockdown measures used to slow the disease's spread.

"There is no clear sign at present that they're falling," he added.

Politicians are waiting on every comment by the country's leading medical experts, as Chancellor Angela Merkel will hold a conference Wednesday with state premiers on whether and for how long to extend infection control measures.

At present, they are slated to expire on April 19.

"We should keep up our discipline from the past weeks," Wieler urged Tuesday, noting that while the trend on new infections was heading in a "positive" direction, it was not yet possible to say that the disease has been contained.

By midnight, 125,098 people in Europe's most populous country had tested positive for coronavirus, according to RKI data.

Strict social distancing measures, including closures of schools and many businesses, have helped slow the virus' spread in Germany, while extensive testing has caught many cases early.

"Given the present momentum, there is no forecast of shortfalls" in the number of intensive care beds in German hospitals to treat critically ill COVID-19 patients, Wieler said.

"Compared with many other countries, we're doing well".

Even as Wieler called for infection control measures to be upheld, debate has begun about when everyday life can begin inching back towards normality.

Eyes have turned to neighbouring Austria, where Chancellor Sebastian Kurz allowed many smaller businesses to reopen from Tuesday -- but with conditions such as wearing masks and maintaining a safe distance from others.

Germany's Leopoldina national science academy published on Monday a paper outlining the first lockdown exit steps that could be implemented, including a gradual reopening of schools, obligatory mask-wearing in public transport and increased data gathering.

Recommendations from the 26-strong group of scientists will inform Merkel's Wednesday conference.