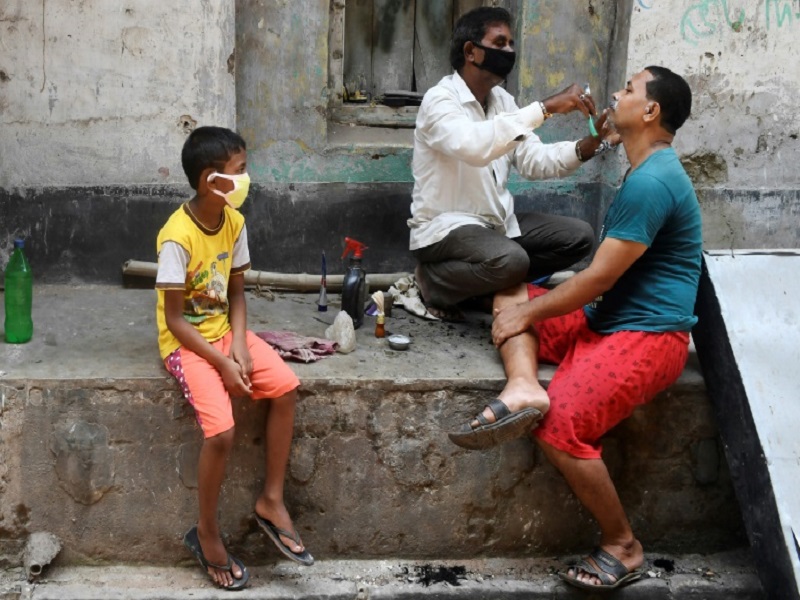 The move comes despite complaints from millions of poor, a vast underclass who have been left almost completely without support as jobs have vanished and incomes dried up.

"From the economic angle, we have paid a big price," Modi said. "But the lives of the people of India are far more valuable."

"From the experiences of the last few days it is clear that the path we have chosen is correct."

India's current three-week-old lockdown, in force since March 25, had been scheduled to end at midnight Tuesday.

Modi said there would be "limited relaxations" from April 20 for districts with no cases, and new guidelines for industry and agriculture would be released on Wednesday.

The announcement comes as debate rages around the world on how to lift restrictions so that the economic carnage of the pandemic can be eased without a new spike in infections.

Official figures suggest South Asian nations have so far been relatively unscathed by the epidemic, with around 10,000 cases and 339 deaths in India.

Some experts say India has not conducted enough tests and that the true number of infections is much higher.

And with some of the most crowded cities on the planet, there are fears that numbers could take off and overwhelm the shaky healthcare system.

Several states including Maharashtra -- home to Mumbai and with the highest number of cases -- Tamil Nadu and Odisha have already announced lockdown extensions.

The World Health Organisation Tuesday praised India's decision to extend the lockdown, saying "it would go a long way in arresting the virus spread".

"Despite huge and multiple challenges, India has been displaying unwavering commitment in its fight against the pandemic," WHO regional director Poonam Khetrapal Singh said in a statement.

The shutdown, with strict limits on activity, has been devastating for the economy -- and in particular for India's poor.

Millions of daily wage labourers suddenly lost their jobs, forcing hundreds of thousands to travel hundreds of kilometres back to their home villages, often on foot.

Some died on the way, while others were shunned by locals when they made it back. One clip that went viral on social media showed a group of migrants being hosed down with chemicals by local officials.

Others have been stranded in cities in cramped, unsanitary conditions where the virus could spread quickly.

Farmers have complained of a lack of workers to harvest crops while snarl-ups of thousands of trucks not allowed to move because of the lockdown have hampered food transport.

"We have tried to keep the interests of the poor and the daily wage workers in mind while making these new guidelines," Modi said in his 24-minute address.

"The central and state governments are working together to ensure that the farmers don't face any problems."