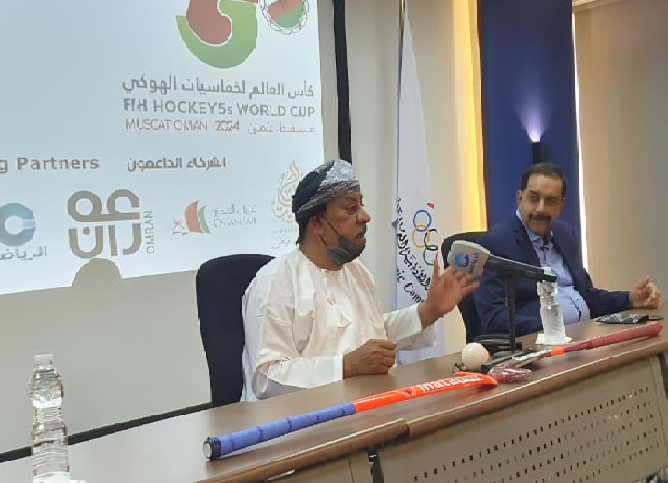 “I would like to announce that the biggest hockey event in Oman will be held from January 24, 2024, with the final to be held on January 31,” he said.

“These are indicative dates and we will try to get endorsement from the International Hockey Federation  (FIH) on the proposed schedule. We are very happy and promise to put up a winning show on all fronts,” he added.

“Our men's team is already in place and we have a good pool of young players. I can assure you that our team will be there not to add numbers but compete with the world's best,” he said.

“The formation of the women's team is a challenge but we are confident of fielding a team for the World Cup. We have begun the journey.

“A domestic Hockey5s league is already in the pipeline and a Salalah club is organising a Hockey5s tournament soon. So the format is picking up and it is my dream to see the Hockey5s World Cup be the best ever.

“We will work hard with all stakeholders to make this happen,” said Wahaibi.

He is expected to take up a lead role in the organising committee, which will be formed under the chairmanship of H E Rashad al Hinai, Undersecretary in the Ministry of Culture, Sports and Youth.