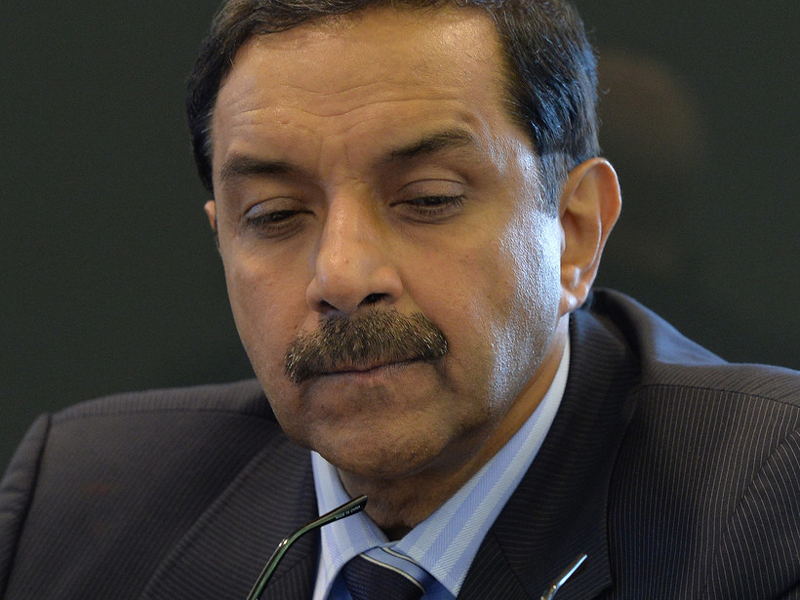 Hosting of the inaugural FIH Hockey5s World Cup in January 2024 will allow Oman to take the centre stage and enhance their reputation as leaders in the region, according to a top official of the International Hockey Federation (FIH) on Monday.

In his remarks to Muscat Daily at an event to announce the 'indicative' dates of the Hockey5s World Cup, Tayyab Ikram, FIH chair of International and Olympic relations and FIH executive board member, said, “It is a proud moment for Oman to be the host of the inaugural Hockey5s World Cup. Oman Hockey Association (OHA) under its chairman, Talib al Wahaibi, and the bid team did a remarkable job to bring the prestigious tournament to the sultanate.

“Both the FIH and the Asian Hockey Federation (AHF) are confident that their initiative to bring the Hockey 5s World Cup to the region will meet its desired objectives. The World Cup is expected to help the game grow not only in Oman but also make a lasting impact on the region.”

Ikram, who is also the AHF chief executive, said that 'it was a fantastic opportunity for Oman to showcase their potential as a sporting nation'.

“We have witnessed that over the years, Oman have proven to be successful hosts of many world-class tournaments, starting with the 2010 Muscat Asian Beach Games,” said Ikram.

“The inaugural FIH Hockey5s World Cup provides a platform for Oman Hockey Association, Oman Olympic Committee and the Ministry of Culture, Sports and Youth to propel the sultanate to a new level as all eyes will be on the tournament, which will be held for the first time and feature the best 16 best men's and women's teams from around the world. Oman qualifies into the both events as host nation.

“It is up to Oman to view the hosting of the World Cup as a one-off tournament or make it a catalyst to bring in a change in the sporting culture of the nation. Oman have time to build on this World Cup, involve the local youth, enhance community engagements and spread the game among children.

“We are talking of thousands of children in schools being involved with the hosting of the World Cup that will leave a long-lasting legacy of the game, including a new Hockey5s stadium.”

Ikram expressed his thanks and gratitude to His Majesty Sultan Haitham bin Tarik and H H Sayyid Theyazin bin Haitham, Minister of Culture, Sports and Youth, for their strong support to the game.

Ikram, who is also a FIH Masters coach, said, “Sports and youth are the backbone of a nation's growth and the support the sports is receiving from HM the Sultan and the government is an example to follow for many nations.

“I have been visiting Oman for more than a decade and I have closely watched the giant strides the sultanate has made in the field of sports, hockey in particular.”

Ikram wished OHA the very best and said that the hard work and commitment of the outgoing OHA chief Wahaibi is praiseworthy.

“I am aware of the passion and dedication of Captain Wahaibi and how keen he is in bringing the Hockey5s World Cup to Oman despite tough competition.

“I hope he will continue to play a lead role in the organisation of the forthcoming World Cup and that the new chairman-elect, Dr Marwan al Juma, and his team will carry on the good work ahead,” he said.

FIH had also received bids to host the World Cup from India, Pakistan and Singapore.

Ikram said, “We at FIH and the AHF assure OHA and Oman government to extend full support in all aspects to ensure the success of the first ever Hockey5s World Cup. Oman's organisational success will set the benchmark for future editions and I am confident of a memorable tournament for both men and women.”

On this occasion, Tahir Zaman, former Oman coach and AHF representative, was also present at the meet.

In another positive development, the AHF chief executive said that the Asian Qualifiers for the Hockey5s World Cup will be held in Muscat next year.

“We plan to organise the qualifiers in the last quarter of 2022 in Muscat. It would be an ideal test event for Oman with just about a year to go for the World Cup.”

Three teams i- both men and women - from Asia will qualify for the first edition in Muscat.