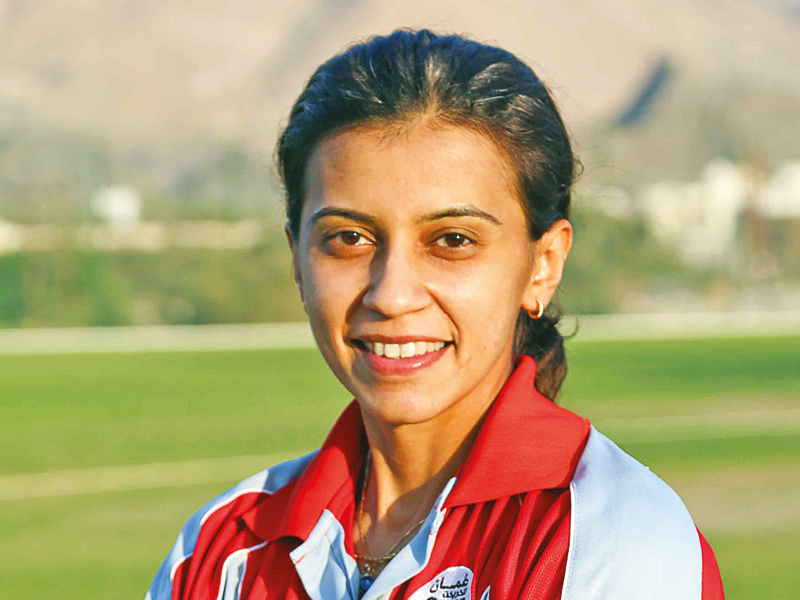 Oman women's cricket team captain Vaishali Jesrani is among a total of 40 women from 29 ICC countries who will be mentored as part of the inaugural ICC 100% Cricket Future Leaders Programme, designed to support emerging women leaders in cricket.

Besides Vaishali, Brazil captain Roberta Avery, USA Cricket board member and batter Nadia Gruny, and Indian referee Vijeylaxmi Narasimhan are among the 40 women split into two batches of 20 each.

According to an ICC statement on Tuesday, Greg Barclay, the ICC chair, former Pakistan women captain Sana Mir and former West Indies bowler and now TV broadcaster Ian Bishop are among the mentors.

The 39 year old Vaishali, who is also the convenor of women's cricket in Oman, has been picked in thefan engagement category and will be mentored by Anthony Everard of Australia.

Everard is Cricket Australia's executive general manager of fan engagement. He was previously Head of the women's Big Bash League and had also worked as head of marketing and commercial for the FINA World Swimming Championships.

Vaishali has been closely associated with Oman women's cricket development for the past decade and led Oman to T20I triangular series final in January 2020 in Qatar.

In a statement, ICC described the programme as a part of its 'long-term commitment to accelerate the growth of women's cricket and women in cricket', and said that there had been more than 300 applicants from 45 different countries before the final 40 were picked.

"The initial intake will be split into two batches and the programme, which (is) designed to address the low percentage of women in leadership positions in global cricket and build a pipeline of new female leaders in cricket will get underway with batch one beginning this month," the statement said.

"The first two batches reflect the diversity of our regions and their areas of focus, and all have received outstanding endorsements from their respective member boards," Claire Furlong, ICC general manager - marketing and communications, said in the statement.

"The next six months will be incredibly exciting, and we look forward to a productive learning experience for our mentees."

The role of a mentor is to unlock their mentee’s potential and help them to be at their best.

This could include being a confidential sounding-board, providing advice, guidance, and connections to reach their potential. The programme will last for a period of six months, and include a kick-off workshop with former Australia captain Belinda Clark, followed by monthly check-ins and a three-month review with the mentees and mentors agreeing the frequency and method of communication.

The second batch of mentees will start in November 2021.