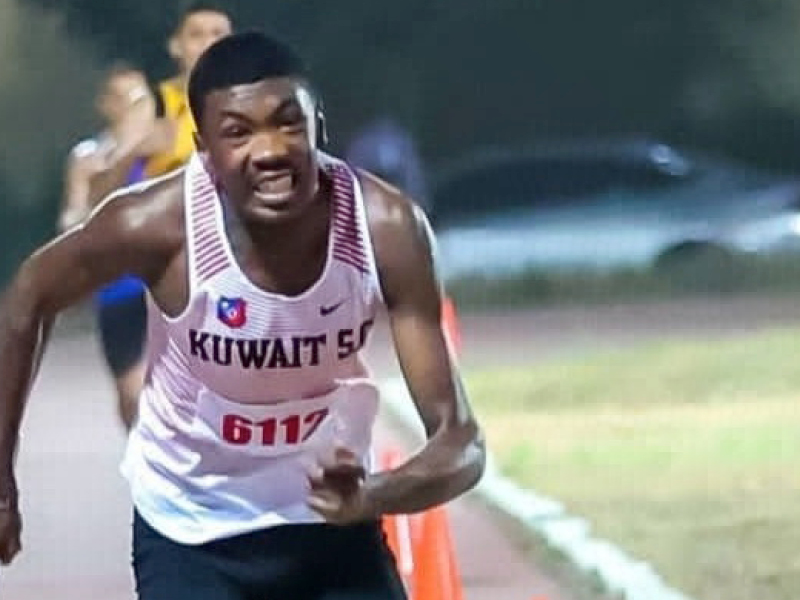 Farsi qualifies for U20 worlds in 800m event

There was a mood of celebration among the Oman athletics' fraternity on Sunday after two young athletes secured their places in the 2021 World Athletics U20 Championships in Nairobi, Kenya in August.

A day after Oman's sprinter Ali bin Anwar al Balushi secured his place in the 100m event by achieving the required qualification mark in Bursa, Turkey, Hussein Mohsen al Farsi became the second Omani to seal a spot at the U20 worlds in Kuwait on Saturday. Competing in a domestic 800m event, Farsi finished with a time of 1m:50.79s to make it to the worlds. The qualification requirement in the 800m event for men is 1:50.80.

Farsi, born in Al Suwaiq, lives with his parents in Kuwait. Despite living in Kuwait for long, the 18 year old is an Omani passport holder. On Saturday, the Oman Athletics Association (OAA) and the Oman Olympic Committee officials congratulated him.

The 2021 World Athletics U20 Championships will be held at the Moi International Sports Centre, Kasarani in Nairobi, Kenya, from August 17-22. The event in Nairobi was originally scheduled to be held last year in July but was postponed to August 2021 due to COVID-19.

Speaking to Muscat Daily, OAA board member Mohammed al Asmi said the 'board is delighted with the results of the two young athletes'.

“We are happy that they would be representing Oman on their own merit by achieving the qualifying standards. We hope they achieve laurels for Oman.”

Asmi said that OAA are hopeful of a third athlete to qualify for the U20 worlds.

“We have a talented hammer thrower in Mubeen Rashid al Kindi. He is currently busy with his examinations. After that he will compete in few competitions to achieve the qualifying mark. We are hopeful that he will also make it to the world junior championships,” said Asmi.

Asmi said that national team senior sprinters are currently undergoing camp in Turkey and though there are hopes from Barakat al Harthi and women sprinter Mazoon al Alawi to achieve the respective qualification marks for Tokyo Olympics, their current timings are not encouraging. “They still have few more meets to attain the minimum qualification marks but it appears to be a challenging task.

“We do have an option ofan Olympic wild card being offered to our athletes. I hope the Oman Olympic Committee (OOC) will offer a wild card to one of the sprinters,” said Asmi.

Meanwhile a top OOC official confirmed to Muscat Daily on Sunday that a decision on the sultanate's team for Tokyo Olympics is yet to be finalised.

Taha al Kishry, the OOC secretary-general said, “We are still awaiting few more results of the qualifying meets and will finalise once they are completed.”