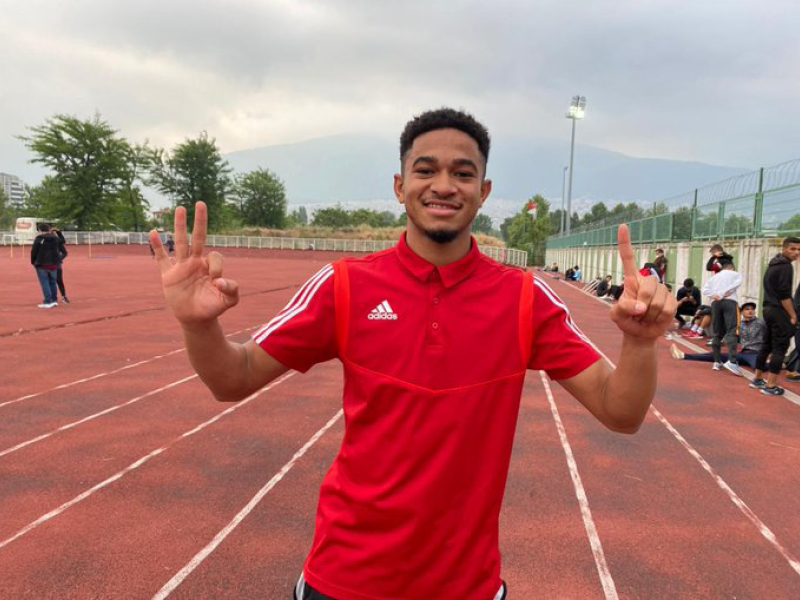 Competing in an U20 athletics meet in Bursa, Turkey, Balushi clocked 10.53 seconds to claim the 100m gold and also break his own national U20 record of 10.64s, set at the same venue last week.

His career-best timing also meant that Balushi achieved the qualification standard of 10.58s required for the men's 100m at the 2021 World Athletics U20 Championships.

The U20 worlds will be held at the Moi International Sports Centre, Kasarani in Nairobi, Kenya, from August 17-22. The event in Nairobi was originally scheduled to be held last year in July but was postponed to August 2021 due to COVID-19.

The 19 year old Balushi has displayed good progression in the 100m at the ongoing Turkey camp under the watchful eyes of his coach Fahad al Mashaihi.

Last week, the sprinter had clocked 10.69s and 10.64s to finish fourth and second in another local event in Busra.

Balushi competes in 100m and 200m and has been representing Oman at regional tournaments since 2018. He has won gold at 2019 GCC Youth Championships, silver at Asian U18 meet in Hong Kong in 2019 and gold at the 2019 West Asian U18 meet in Beirut, Lebanon.

Balushi, who represented Oman at the 2018 Youth Olympic Games in Buenos Aires, Argentina, recorded his career-best timing in 200m at the meet when he race 21.36s.

He is the current national record holder of 100m and 200m records in U20 category.

With 2020 lost due to COVID-19 pandemic, this year, Balushi has concentrated only on 100m this year with an aim to impress at the worlds in Nairobi.