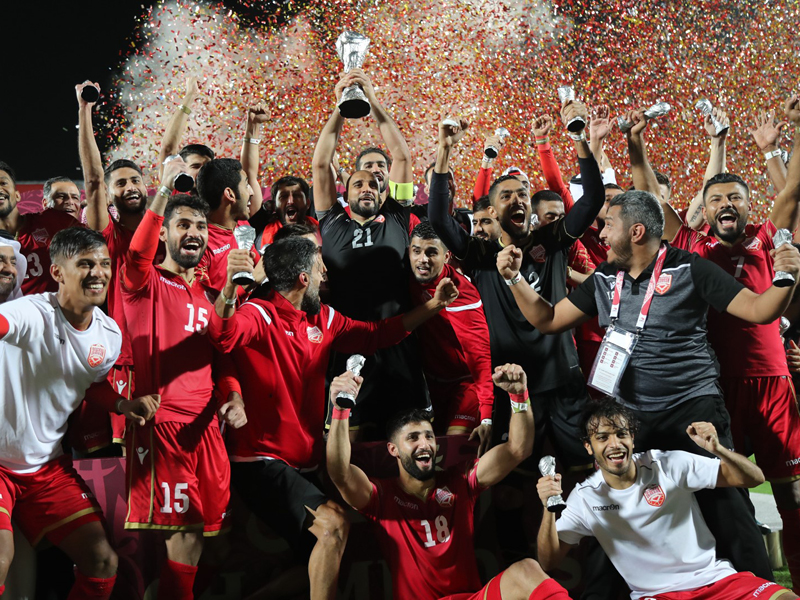 The Iraqi city of Basra was named the host city of the 25th edition of the Gulf Cup football tournament in 2022.

The decision to grant the hosting rights to Basra was taken on Monday at an extraordinary meeting of the Arab Gulf Cup Football Federation (AGCF), held online under the chairmanship of Sheikh Hamad bin Khalifa al Thani, the AGCF president.

The heads of the football associations of the GCC countries, Iraq and Yemen unanimously agreed to hold the Gulf Cup in Basra.

Last week, the AGCF panel discussed the report provided by the inspection team that visited Basra and submitted its findings to the executive committee at Monday's meeting.

The tournament had initially been scheduled to take place this year, but a final date has not been confirmed and it will now go ahead in 2022.

Bahrain won their maiden title at the last edition of the Gulf Cup, hosted by Qatar in 2019.

Iraq last hosted the Gulf Cup in 1979, when they became champions. They also won the prestigious tournament in 1984 and 1988.

On Monday, Iraq Prime Minister Mustafa al Kadhimi tweeted that Basra hosting the tournament would be 'a sign of Iraq's recovery' after years of conflict and political and economic crises.

Kadhimi pledged that the Iraqi government would do everything to ensure the Gulf Cup would be a success.

“During the visit (to inspect Basra) the working team met Adnan Dirjal, (Iraqi) minister of youth and sports, who conveyed the greetings of the prime minister and the Iraqi government, and discussed Iraq’s plan to develop the city of Basra in general, through the implementation of a number of investment projects,” the Iraqi News Agency (INA) reported, quoting an AGCF statement.

He said, “All the requirements for holding the championship will be met. Iraq is keen to host the 25th Gulf Cup and confirm its ability to do so and would not have submitted a bid if it did not believe it was capable of holding it.”

The minister also praised the support of other members of the federation. “Had it not been for the Gulf nations’ support for (our bid) to host the Gulf Cup, Iraq would not have taken these advanced steps in preparing for the tournament,” he said.