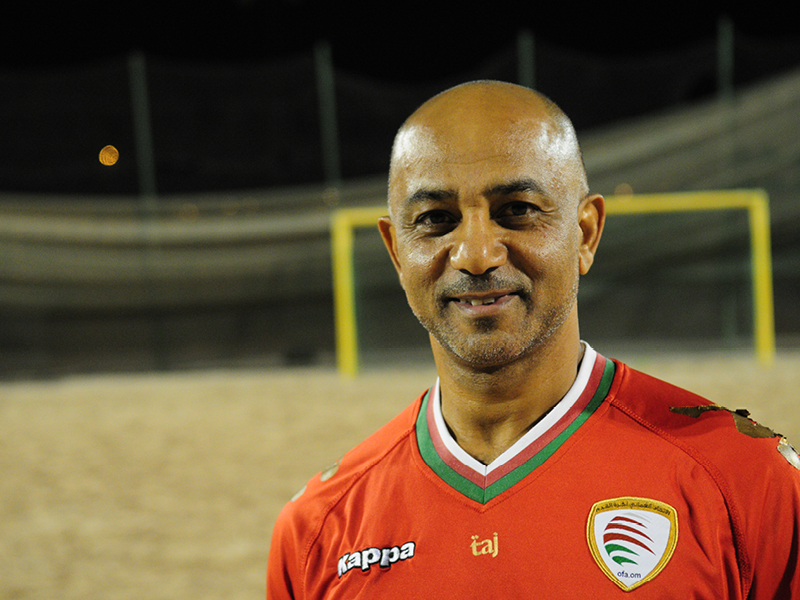 Talib aims for a good show

It probably was not the best way to make it to the continental showpiece but given the situation of the coronavirus pandemic globally, the Asian Football Confederation (AFC) on Wednesday decided to announce the Asian representatives for the FIFA Beach Soccer World Cup Russia 2021.

Former Asian champions Oman, coached by their long-serving coach Talib Hilal, along with Japan and the UAE were selected to fly the flag of Asia at the Beach Soccer World Cup.

The three nations made the cut after the AFC executive committee agreed to the AFC Futsal and Beach Soccer Committee’s recommendation of utilising the point system, which ranks the performances of the continent’s top-eight teams in the last three editions of the AFC Beach Soccer Asian Cup.

Based on the ranking of the point system, Japan, Oman and UAE were selected for the Beach Soccer World Cup Russia 2021, which is scheduled to be held from August 19–29.

Prior to participation in Paraguay, Oman's previous appearances were at (Ravenna) Italy 2011 and Portugal 2015.

At the last edition in 2019, Oman was placed in a tough group that included former world champions Brazil and eventual winners Portugal. Oman did manage to register one win in the tournament, defeating Nigeria.

In his exclusive remarks to Muscat Daily on Wednesday after learning about Oman's ticket to the Beach Soccer World Cup in Russia, Talib said, “I am very happy to know about the decision. Though it is not the best way to qualify, the decision has been made by the AFC. I am glad to lead the sultanate to their fourth World Cup appearance.

“At the last World Cup in Paraguay, we were in a tough group. Despite our win over Nigeria, we weren't happy on our return. We were looking forward to make amends by performing well at the AFC Beach Soccer Championship in Thailand, which would have served as our qualifiers. We were determined to regain the Asian title we last won in 2015.”

An experienced coach, Talib has been credited to Oman's rise in beach soccer. He admitted that with COVID-19 restrictions, things will be challenging as he plans to prepare ahead for the worlds.

He said, “Following the cancellation of the AFC championship, and with COVID-19 restrictions in place in Oman, I will be meeting with the Oman Football Association (OFA) officials to chalk out plans for our team's preparations for Russia. My aim is to get good results in Russia and I have the confidence in my boys. Hopefully, if we can manage good preparations then I am sure of positive results. We aim to win more games at the Beach Soccer World Cup.”

In the three World Cup appearances, Oman have recorded so far only two wins. Their maiden victory was against Costa Rica 7-2 in Portugal 2015 and then in Paraguay when they beat Nigeria 6-5.