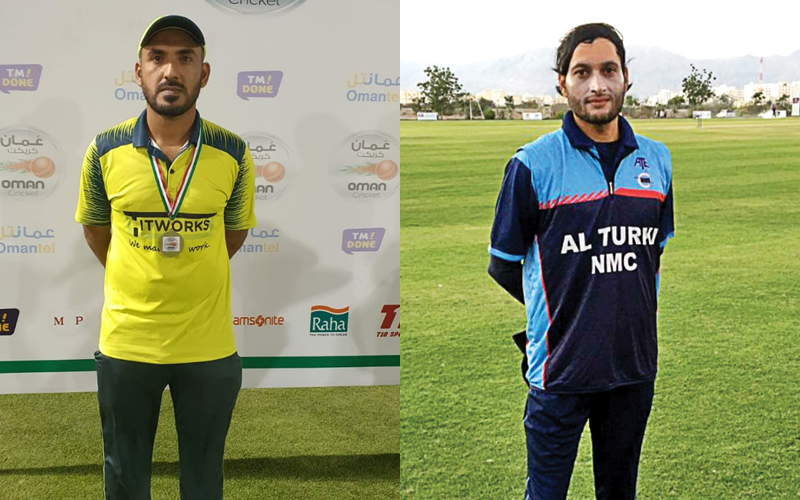 Following the instructions of the Supreme Committee in charge of dealing with COVID-19 to suspend sports activities in the sultanate, Oman Cricket (OC) decided to call off their 2020-21 domestic season recently.

The OC decision meant that the A Division T20 league, Senior and Junior Cup knockout finals remained incomplete and the planned Ramadan T10 tournament was cancelled.

The A Division honours were shared by ARTT duo - Zeeshan Siddiqui,  (best batsman) and Aqil Khan (best bowler. Siddiqui scored 323 runs in six matches at an average of 80.8 and Khan bagged 21 wickets in seven games at an average of 8.2, with two five-wicket hauls.

Elsewhere, Rahul Chadha of Vanderlande claimed a dream double for his exploits with bat and ball as he was declared the best bowler and best allrounder in the D Division. He took 14 wickets in seven matches and scored 271 runs at an average of 45.2.

Among the Omani players, Shuaib Ismail stood out while playing for two teams- OCT Ruwi and Maniz Azad - as he was named the best allrounder. OCT Al Hail-B’s Khalid Rahim and Samir Faizu were named best batsman and bowler among Omanis playing for one team.