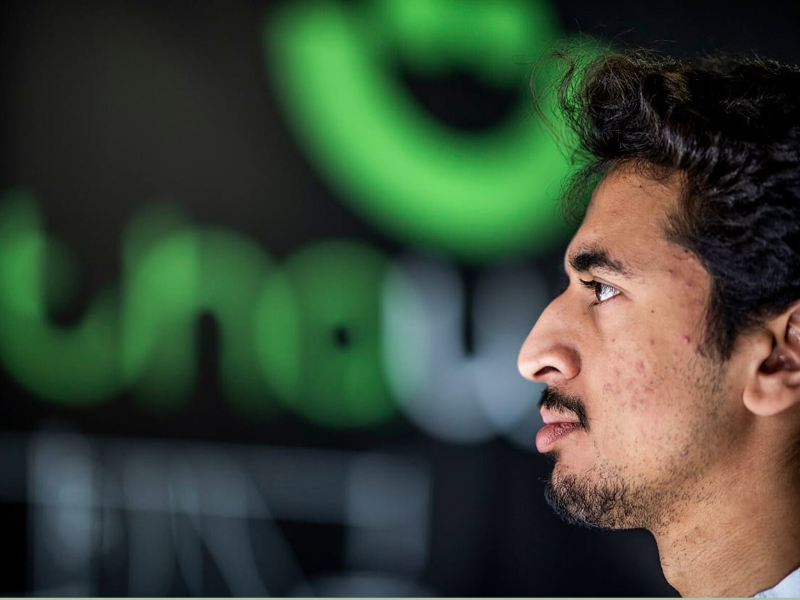 The energy and enthusiasm of a debutant coupled with wealth of experience of a Formula 2 champion makes up an ideal and a strong mix for the Lechner Racing team as they return to the International GT Open for a full 2021 campaign, which begins next month.

Oman's 22 year old Al Faisal al Zubair will be making his debut and will be joined by Spanish 35 year old driver, Andy Soucek, as the duo get behind the wheel of the latest GT3 model from Porsche, the 911 GT3 R, in the pro category of the seven-leg series, beginning at the famed Paul Ricard circuit in France on May 16.

Ahead of the Winter Test, which will be held at Circuit de Catalunya in Barcelona, on April 19-20, Lechner Racing's CEO, Walter Lechner Jr, expressed his confidence in his drivers - Al Faisal and Soucek.

Al Faisal comes into the team on the back of his stupendous success in the Porsche Sprint Challenge Middle East, which the young Omani racer won for two successive seasons in 2018-19.

While Al Faisal's youthful exuberance and talent will serve as the engine of the team's bid for the title, the team will bank on Soucek’s large years of GT3 experience. A well-established star in the GT scene,  Soucek’s endurance racing skills will be the key to  the success.

Speaking ahead of  the Winter Test, Lechner Jr said, “We had planned to return to the championship already last year, but due to the difficult COVID-19 circumstances we postponed the commitment by a year.

“We have never had so much time to prepare for the season – from the race car to the truck, we rebuilt everything and are now even better prepared.

“After the big family loss [demise of founder Walter Lechner in December 2020], we're sticking together even more and we're sure we’ll have a spotter looking down from above.”

Walter Lechner was the man behind the successful Porsche Sprint Challenge Middle East, which has been running for more than ten years. Lechner Racing team is also the most victorious in the Porsche Mobil 1 Supercup.

For Al Faisal, Porsche Sprint Challenge Middle East has been the shining example in his fledgling career, and the Omani racer credits the Late Walter Lechner for supporting and guiding him.

Having had a fruitful partnership with Lechner Racing since 2018, Al Faisal is happy to have extended that partnership to a new stage in endurance racing.

Al Faisal said, “After so many years of working with Lechner Racing in the Porsche Sprint Challenge Middle East, I am looking forward to taking the next step on the international stage with the same team.

“My thoughts will often be with Walter Lechner Sr, from whom I learned everything at the beginning of my career and to whom I owe a lot.”

As for Soucek, the Spanish driver is glad to join the Austrian team and said, “By joining Lechner Racing, the dream of driving for an Austrian team has finally come true. I believe we have a strong package, and I will try to use all my GT3 experience and know-how to be a valuable asset to the team.

“It's also a pleasure to return to GT Sport events, an environment I know since my times in the Spanish Formula 3 championship which I won in 2005.”

“The car is ready and I am looking forward to test it in Barcelona. This is my debut endurance series and I am all geared up for the challenge along with Andy [Soucek].

“He [Andy] brings in lot of experience and we are confident of making an impact and hope to achieve success in the series.”

The series has been affected by the ongoing coronavirus pandemic with the organisers cancelling the opening round in Algarve, Portugal on April 25. The race has been replaced by a race at Imola, Italy, in July.