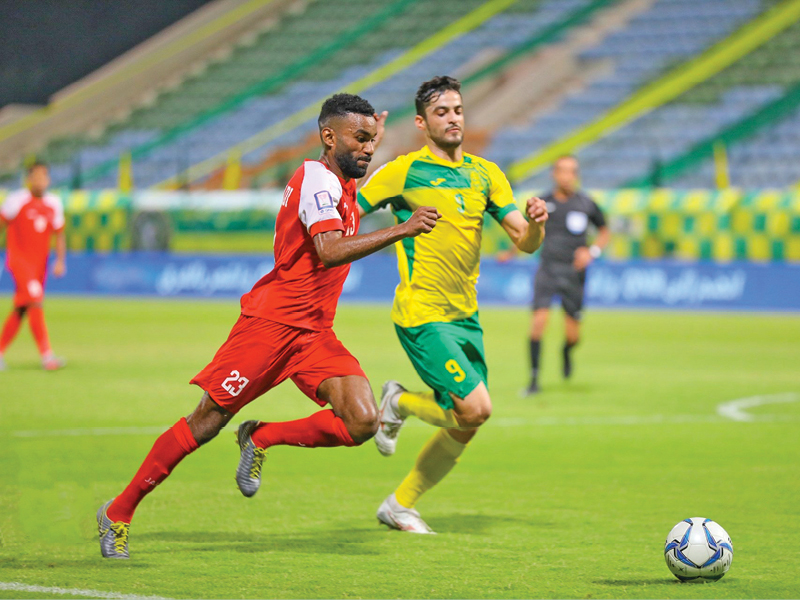 The decision of the Oman Football Association (OFA) - to cancel all the domestic leagues of the current season (2020-21) on Thursday - has sparked a debate on the social media on whether the leagues should have been rescheduled or cancelled.

On Thursday, the OFA board met under the chairmanship of the OFA president Sheikh Salim al Wahaibi and announced the decision to cancel all the ongoing leagues of the current season.

While the Omantel League, which features the top-14 clubs in the sultanate, had finished ten rounds; the OFA First Division was in the second round stage with nine teams in action after the completion of the first round with participation of 19 teams. Also the OFA Women's Futsal League, which had begun last month with 23 teams entering the competition, had two rounds completed.

The OFA released a statement on Twitter that the 'decision to cancel all the ongoing leagues have been taken to ensure the safety and health of players and officials in view of the alarming coronavirus pandemic situation'.

Speaking to Muscat Daily on Saturday, Fahd al Raisi, the OFA general secretary and the CEO, said, “Following the instructions of the Supreme Committee incharge of dealing with COVID-19 to stop all sports activities from April 1 until further notice, it was decided that in the interest of all, we cancel the ongoing leagues.

“With the rise in COVID-19 cases and the instructions from the government, we have been closely monitoring the situation. We discussed with the representatives of the 14 Omantel League clubs and they were unanimous in their  support to cancel the league this season as they had a bitter

experience last year following the suspension of the top-flight league for more than six months.

“That uncertainty of resumption had cost most of the  clubs a lot and, this time, the top 14 clubs agreed that it was sensible to cancel the league at this stage.”

Raisi, a veteran sports administrator, added, “We all love to see players on the field. But this is a difficult situation and we have to follow the advise of the government. With the Holy Month of Ramadan approaching and the night curfew on, it is going to be very difficult to rearrange the remaining fixtures of the OFA First Division. A lot of first division clubs were adamant to postpone and not cancel, but given the situation, the OFA board took the call to cancel all the three leagues.

“One of the reasons of the first division clubs being upset was our refusal to accept their demand that all nine clubs, which are now in the second round, should be promoted to the Omantel League and that the top-flight league next season should feature 23 clubs. There was no way we could accept such a proposal,” said Raisi.

Raisi said that the OFA will distribute financial aids to all the Omantel League clubs and the first division clubs and prepare for next season's league in a much better way following the cancellation.

Raisi said that with the forthcoming 2022 FIFA World Cup and 2023 Asian Cup joint qualification matches of Oman to be held in June in Qatar, ‘lot of focus is on our national team’s preparations’.

National team coach Branko Ivankovic will have to regroup his players after Ramadan and prepare for the June matches with Oman scheduled to play their remaining Group E games against hosts Qatar, Afghanistan and Bangladesh.

Oman is currently placed second in the group and is most likely to be among the top-two in the pool. The top-two teams from the group will advance to the third round. The third round of the qualifiers are scheduled in September and OFA will have that in mind when it chalks out plan to begin the 2021-22 season in August.

Raisi said the criticism of cancellation of the leagues was unfair as OFA looked into the interests of the clubs and the safety of players. Lot of football analysts took to Twitter and other social media handles to express their displeasure after the leagues were cancelled.

Raisi said that they had decided to set up a bio-bubble for the nine first division teams to organise the league in Muscat from April 3-11 but the Supreme Committee's decision forced them to suspend all sporting activities on Wednesday.

Last year, the leagues and sporting activities were suspended in mid-March but OFA resumed the Omantel League and First Division League in October before concluding it in November. At that time, the number of rounds left in top-flight were only three.

Raisi said that the cancellation was the 'best option' in the current situation and hoped that the clubs would be  better prepared for the next season.