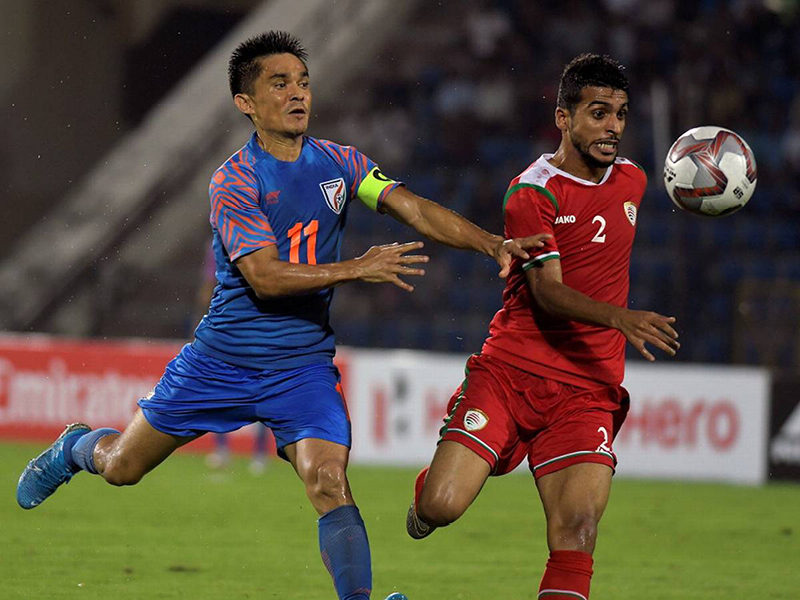 Oman to play Jordan and India in friendlies during Dubai camp

Following the recent joint decision by FIFA and the Asian Football Confederation (AFC) to postpone the majority of the upcoming Asian Qualifiers for the FIFA World Cup Qatar 2022 and AFC Asian Cup China 2023, Oman's games have been also affected due to the travel restrictions caused by the COVID-19 pandemic.

While the team will come together for a domestic camp in Muscat from March 8-11, the overseas camp in Dubai, UAE, will be from March 11-26.

During the Dubai camp, Oman will meet Jordan in the first of the two international friendlies on March 20 and then play India on March 25 before returning home.

Oman was scheduled to play against Afghanistan in an away game on March 30 before taking on Group E table-toppers Qatar at home on June 7 and concluding their campaign with an away game in Dhaka against hosts Bangladesh on June 15.

Oman and India are in the same group of the World Cup qualifiers and have played both their home and away games with Oman winning both the away game in Guwahati, India, (2-1) on  September 5, 2019 and at home (1-0) in Muscat on November 19, 2019.