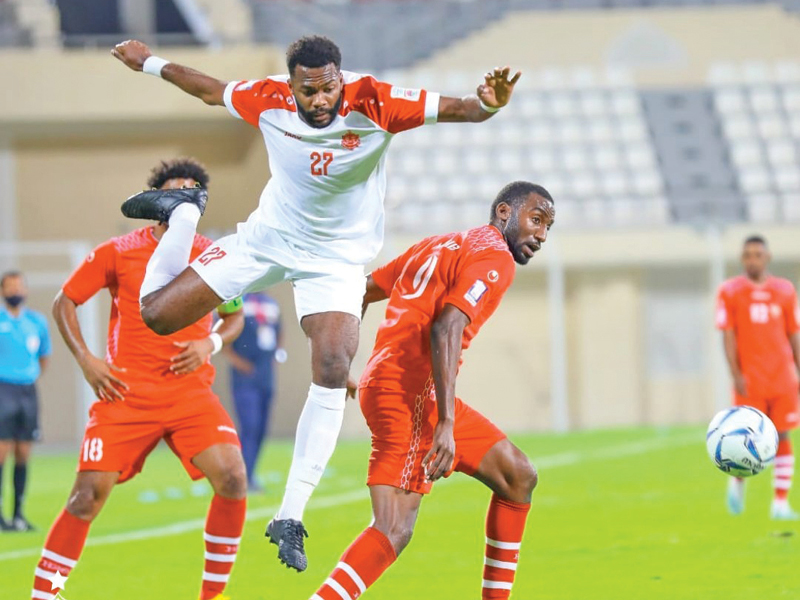 A clash of champions

It was an encounter that fans hoped would decide the 2020-21 His Majesty's Cup title but on Wednesday, holders Dhofar were drawn against defending Omantel League champions Seeb in a mouthwatering double-leg semifinals of the His Majesty's Cup Football Championship. The other semifinal will pit three-time winners Al Suwaiq against another Salalah-based team, Al Ittihad.

The first-leg of the semifinals will be played on February 26 while the return-leg will be held on March 2 with the final scheduled on March 7.

Seeb hosts Dhofar in the first-leg while Ittihad will play at home their first-leg tie against Suwaiq.

The draw of the semifinals was held at the OFA headquarters on Wednesday in the presence of Faisal al Tamimi, general manager (Oman) of QNB, the tournament's main sponsor, Fahd al Raisi, OFA general secretary and CEO, Ahmed al Rashdi, OFA board member and club representatives.

Dhofar and Seeb have been the dominating teams in domestic football over the past couple of years and shared glory during the coronavirus pandemic-interrupted 2019-20 season with the Salalah powerhouse lifting the HM's Cup and Seeb ending their wait for over four decades with their maiden Omantel League title.

And the two clubs have continued from where they left last season in their 2020-21 campaign with Dhofar unbeaten in both Omantel League and HM's Cup so far and Seeb suffering only one defeat [against Bahla in Omantel League on February 11] in both the competitions.

Dhofar have an illustrious HM's Cup history and are nine-time winners, an achievement they share with Fanja Club, who have pulled out of the current domestic season.Under former national coach Rasheed Jaber, Dhofar are chasing a record tenth title. The season began on the backfoot for the holders as they were slapped sanctions by the Oman Football Association (OFA) at the start of the 2020-21 Omantel League when they were docked six points along with Al Nahda and Saham clubs.

Despite the deficit of six points, Dhofar, who have won the league a record 11 times, are currently second in the top-flight league, trailing Seeb by just three points after nine rounds. Both the teams have displayed good attacking form with Seeb, under Portuguese coach Bruno Pereira, outplaying former champions Saham in the double-leg quarterfinals with a 4-0 aggregate score. Dhofar were even better, outplaying Al Mussanah with a 5-0 scoreline over two legs.

Seeb have the honour of winning the HM's Cup three times in a row, a record they share with Fanja and Ahli-Sidab, but their last title came more than two decades back in 1998.

Following the win over Saham, Seeb's confidence will be on a high but with Dhofar on an unbeaten streak, an exciting and explosive semifinal is in store.

For Suwaiq, who came through a nervy win in a shootout against Ibri in the quarterfinals on Tuesday, Al Ittihad will provide a stern test with the Salalah-based club displaying determination in their 3-2 aggregate win over Al Nahda.

Ittihad was promoted to the top-flight league this season and the club has recorded one win in the league so far with six draws to be placed ninth.  Suwaiq will bank on their winning experience to get past Ittihad. The three-time winners last won the crown in 2016-17 season. Under former Iraq coach Hakeem Shaker, who has previously led Suwaiq to domestic glory, the club will be the favourite to book a spot in the final but face a tricky first-leg game as they travel to Salalah.