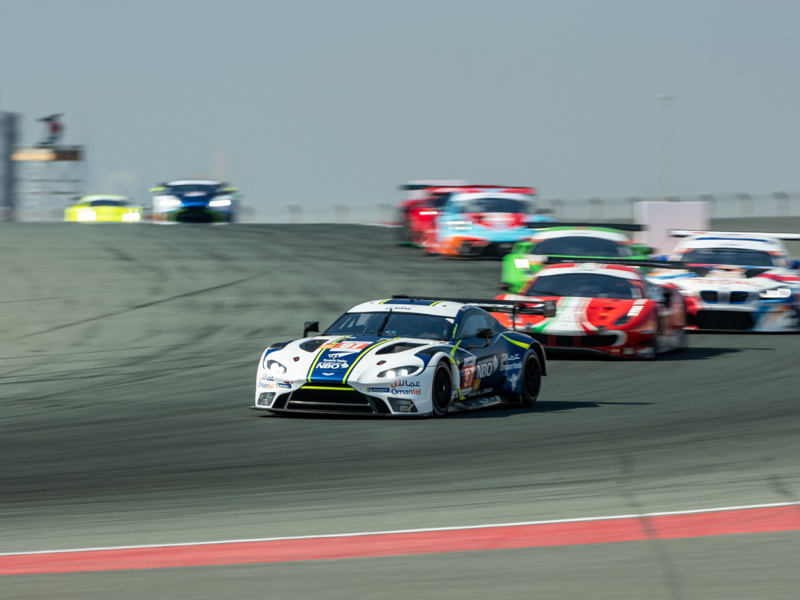 Oman Racing's trio of Ahmad al Harthy, Tom Canning and Jonny Adam finished seventh in their GT3 class and 20th overall in the opening round of the 2021 Asian Le Mans Series (ALMS) at the Dubai Autodrome on Saturday.

It was Ahmad's debut in the ALMS and finishing seventh in their highly-competitive class that had a large grid of 19 cars was a ‘positive and satisfying’ start to the season.

Beginning the championship from tenth on the GT grid, Ahmad took the opening stint of the four-hour race at the wheel of the No 97 Aston Martin Vantage GT3 and performed competitively.

Making immediate progress Ahmad climbed to seventh before slipping back to tenth as he handed the TF Sport-prepared Aston Martin to British youngster Tom Canning for the second hour at the 5.39km track.

Canning soon took ninth place with 90 minutes of action elapsed. Climbing up into seventh during the second half of his stint, at the midway point of the race, Canning pitted with a cautionary full course yellow (FCY) period in force.

Jonny Adam, the Aston Martin factory driver, held tenth place at the start but concluded the race under the rapidly darkening evening Dubai skies in seventh.

Later Ahmad said, “We all drove really well. It’s very, very tough out here in the Asian Le Mans Series so I think we can be happy with P7 in our first race in our class. It’s a respectable place in the first race in the championship for Oman Racing. Overall, I  think we did a good job.

“To be honest, I’m satisfied with P7 on my debut in the ALMS as we finished ahead of some very strong and professional line-ups.”

Race two of the Asian Le Mans Series – also run over a duration of four hours – will take place at Dubai Autodrome on Sunday.