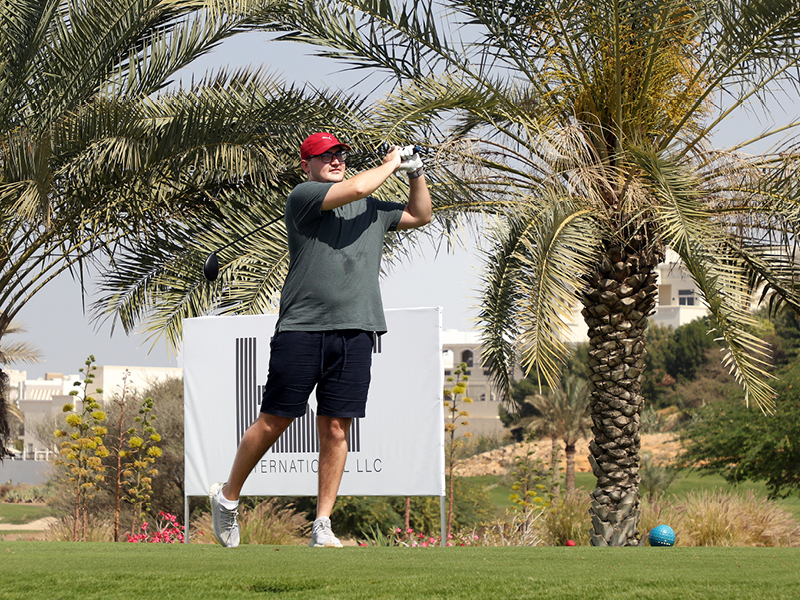 Tributes poured in for the pioneer of golf in the sultanate at 2021 The Kais Golf Celebration, which coincided with the 50th Ghala Golf Club celebrations.

“The Late H H Sayyid Kais loved to spend his time at the club here. It was his dream to see the sandy course turn into lush green and to watch his sons - H H Sayyid Azaan and H H Sayyid Hamoud - celebrate the legacy of their father is so

touching and a great feeling,” Steinkamp told Muscat Daily as he talked about his golfing duels with his friend across Europe.

“He [the Late H H Sayyid Kais] had a heart of golf. He was dedicated to the sport and it is lovely to see that his sons are carrying forward the legacy at this club, which he so dearly loved,” added Steinkamp.

The 2021 Kais Golf Celebration, a single stableford tournament, was instituted in 2014 and till the previous edition in 2019 was held under the patronage of H H Sayyid Taimur bin Asaad bin Tarik al Said.

This time, the tournament was managed and patronised by the Late H H Sayyid Kais' sons along with H H Sayyid Muhana bin Asaad al Said, the chairman of Ghala Golf Club.

A total of 120 golfers vied for the prestigious trophy and Mohamad Nasaruddin with 40 points emerged the champion.

Speaking after the conclusion of a successful event, a delighted H H Sayyid Hamoud, who had earlier in the day played along with his brother, H H Sayyid Azaan, said, “It is a matter of great pride to carry forward my father's legacy. A sense of fulfilment is experienced after seeing the development of Ghala Golf Club and golf in general in Oman.

“This time, my company HKT, a new start-up for wealth management, is associated with the event. We are keen to strongly back Omani youth in all fields. Sports plays a very important role for the youth in the society and I am happy to promote sports in Oman,” added H H Sayyid Hamoud. He extended his appreciation to MHD for their support and thanked Mohsin bin Hani al Bahrani, CEO of MHD's ACERE division, for sponsoring the tournament.

H H Sayyid Azaan, who is a passionate golfer himself, said that 'it was a great feeling to be part of the event'.

H H Sayyid Azaan said, “It is an emotional tournament as it is for my dad. I thank His Majesty Sultan Haitham bin Tarik and the Supreme Committee in-charge of dealing with COVID-19 to allow sports like golf to be played in these challenging times.

Sayyid Azaan wished to 'win the prestigious trophy one day' and said participating in this year's edition with his brother H H Sayyid Hamoud was a ‘feeling that is close to his heart’.

On the future of The Kais Celebration, H H Sayyid Azaan said, “This is a flagship event of Ghala Golf Club. Due to COVID-19, we couldn't have players from neighbouring countries this year but we hope to have them from the next edition onwards.”

H H Sayyid Azaan said that the tournament introduced a separate category in a bid to promote junior golfers.

Kaiser James Acebedo with 39 points was the winner and the student of Philippine School Muscat had only picked up a club four months back. “I have been training for the past few months but had stopped playing golf for nearly six years after I picked up basketball,” said Kaiser. Adam al Barwani was runner-up with 37.

Faiz Mohammed Riaz, Ghala Golf Club board member, was delighted that the club hosted The Kais Celebration to mark the club's 50th anniversary.

“We are proud to host an event in memory of late H H Sayyid Kais bin Tarik al Said, the pioneer of Oman golf. We hope that his legacy continues to remain in the heart of every Omani golfer. We at Ghala Golf Club will try to make this annual tournament more bigger in the future. I thank H H Sayyid Hamoud and H H Sayyid Azaan for allowing us to organise this coveted tournament,” said Faiz, who is a national team golfer.