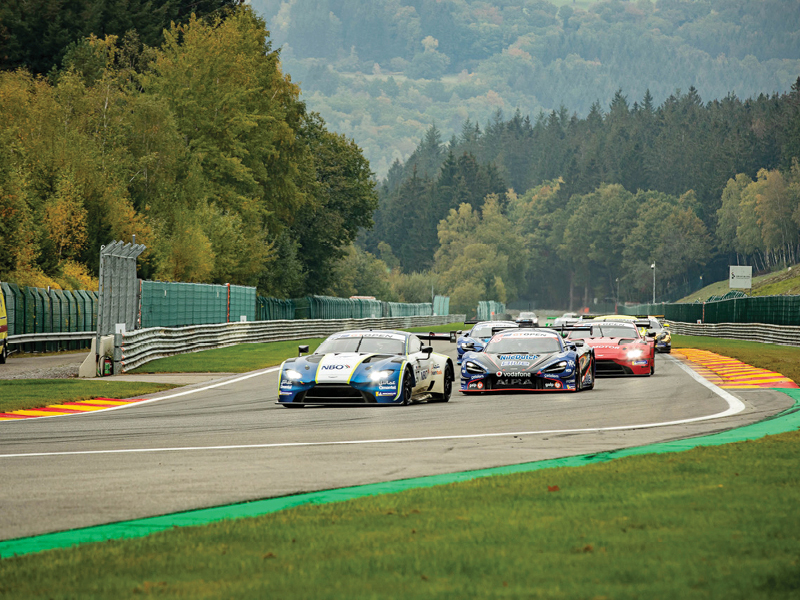 Oman Racing Team's Ahmad al Harthy is looking ahead to his return to the racing track four months after his last appearance at Spa-Francorchamps in Belgium.

The star Omani driver will be behind the wheel of his No 97 Aston Martin Vantage GT3 this weekend as he makes his debut in the 2021 Asian Le Mans Series (ALMS) in Dubai, UAE.

Ahmad will be joined in his pursuit for glory by his long-time teammate and Aston Martin factory driver Jonny Adam and AMR Driver Academy racer Tom Canning in the four-round championship which, for the first time ever, will take place in the Middle East.

In a change to the planned schedule, Dubai Autodrome will now host the opening two races on February 13-14 while Yas Marina Circuit in Abu Dhabi – which was set to be the venue for the whole series – will host rounds three and four on February 19-20.

Ahmad last raced in Dubai in 2011 during the Porsche GT3 Cup Challenge Middle East and also the UAE GT Championship.

The double Blancpain Endurance Series Pro-Am Champion is relishing the prospect of competing in neighbouring UAE.

He said, “It’s going to be fantastic racing in the Middle East again. It’s obviously been a very unusual time over the last 12 months due to the COVID-19 pandemic, but I’m glad that we’re finally able to get the Asian Le Mans Series underway.

“Dubai Autodrome is one of the circuits nearest to my home, so I’m quite excited. We have an incredible line-up with Jonny [Adam] and Tom [Canning] onboard, and with the TF Sport guys working hard on the car set-up and performance. We are all very confident of a strong start to the season with our Aston Martin.”

Ahmad is determined to mount a spirited title challenge in the GT3 class as he knows that the ALMS champion is given the prize ticket of a direct entry into this year's prestigious Le Mans 24 Hours.

At his last competitive outing, Ahmad won the International GT Open at Spa in October, 2020, on his debut, displaying hardly any signs of race rustiness.

“My motivation is higher than ever as ALMS provides me a new challenge,” said Ahmad.

“The championship is renowned for being very competitive, extremely professional and full of top teams and drivers. The GT3 class entry looks incredibly strong, so it’s going to be a tough task. I aim to get positive results,” he added.With over 20 cars entered in the GT class, Oman Racing’s Aston Martin is set to battle the likes of McLaren, Porsche, BMW and Ferrari, while the overall entry will feature another 16 cars across the LMP2 and LMP3 ‘prototype’ categories.

Following testing sessions on Tuesday and Wednesday, the official free practice will take place on Thursday. The all-important qualifying session will begin on Friday with the opening round the next day and round two on Sunday.