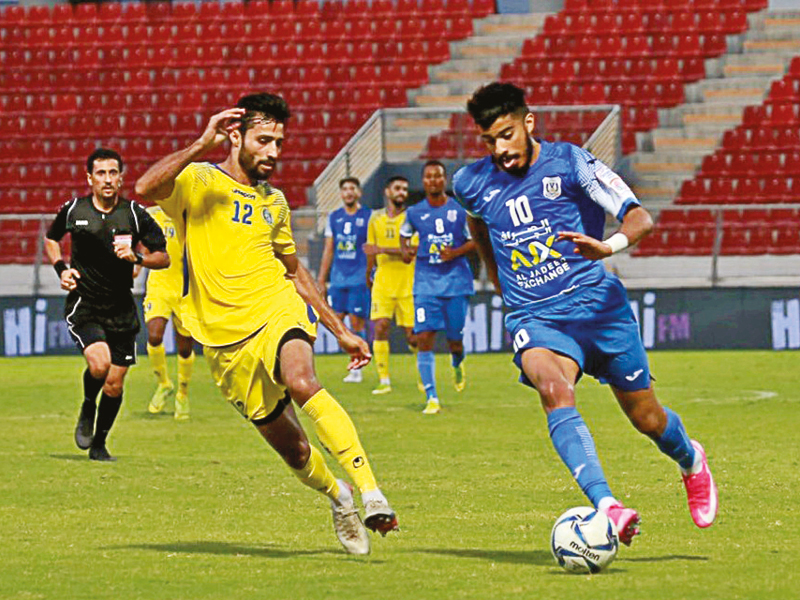 His Majesty's Cup Football Championship: A cracker in the offing

A mouth-watering clash is on the cards as the defending Omantel League champions Seeb were drawn to take on five-time winners Al Nasr in the round-of-16 of the 2020-21 His Majesty's Cup Football Championship on Wednesday.

Three-time HM's Cup winners, Seeb, have been in imperious form since winning their maiden Omantel League title in October 2020 as theytrounced Al Talee'a 5-0 in the first round of the HM's Cup on Sunday and have been unbeaten in the 2020-21 Omantel League season, so far, with two wins and one draw.

Al Nasr, too, have also been in good form, having recorded an emphatic 2-0 win over Bausher in the round-of-32 HM’s Cup game in Salalah last week and winning one and drawing two of their Omantel League matches in the new season.

With the two clubs sharing a total of eight titles between them and being unbeaten since the start of the new season, a cracker of a contest is in the offing with the winner making it into the double-leg quarterfinals. The last-16 single-round format will be held on January 21-22.

Defending champions Dhofar, who had earned a bye into the last-16, have been drawn against Rustaq while another last-16 knockout round match that is expected to be widely followed will be the all-Batinah clash between three-time champions Al Suwaiq and Sohar. Sohar hired former Oman international star  Badar al Maimani as their new coach on Wednesday.

With nine-time champions Fanja pulling out of the 2020-21 domestic season, Dhofar has an opportunity to break the record of maximum HM's Cup titles.

Both Dhofar and Fanja share the record of nine titles each in the sultanate's coveted tournament, which began in 1972.

Two other clubs that share a glorious history in the HM's Cup  are Sharqiyah region's giants - Sur and Al Arouba. Both the clubs have won the title four times each. However, both of them do not feature in the

2020-21 Omantel League season and are determined to make up for their disappointments with a strong showing in ongoing HM's Cup edition. Sur have a relative easier opponent in Ibri in the last-16 after coming through a big scare against Bahla [Sur won on penalties 4-3].

On the other hand, Al Arouba, who have approached the Lausanne-based Court of Arbitration for Sport against sanctions imposed by the OFA, take on Salalah-based Al Ittihad club for a spot in the quarterfinals. Arouba had recorded an easy 2-0 win against Salalah in the opening round.

Two-time winners Saham face a tricky opponent in Samail after the latter knocked out former champions Muscat in the first round. Al Nahda, who defeated Ahl-Sidab in the round-of-32, have been drawn against Majees and two-time winners Oman take on Al Mussanah.

Both Oman and Mussanah have recorded hard-fought victories against Jalan and Al Shabab respectively in the first round.