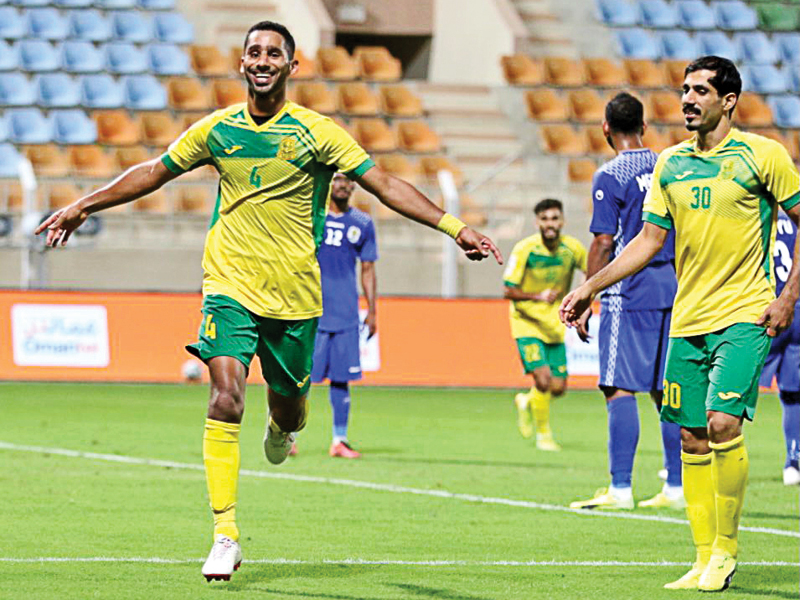 Defending champions Seeb were on top of the standings after the third round of the 2020-21 Omantel League following an impressive 3-0 win over promoted Nizwa at the Seeb Sports Complex on Sunday night.

Seeb, who were held to a goalless draw by another promoted team, Al Ittihad, in the previous round, bounced back to pick up three points and total seven points to be on the top.

Seeb began their campaign with a 4-0 win over Al Mussanah on December 17 and are enjoying their attacking style of play as they hit three past Nizwa.

Also on seven points is Al Suwaiq, who posted a 1-0 win over Al Nahda on Monday night. The former champions trail leaders Seeb on goal-difference, after notching up their second win.

In another match, Oman emerged a 2-0 winner over Muscat for their second successive win to be at third place with six points. Mussanah was the third round's biggest winner, recording a 5-1 win over Saham on Sunday. The victory puts Mussanah at par on points with Oman.

Eleven-time champions Dhofar have been the most successful team in the opening three rounds, having won all the three matches.

However, they remain seventh on the table as the Salalah giants were docked six points along with Al Nahda and Saham ahead of the new season.

Al Nasr were held to a goalless draw by Bahla on Monday but the point helped Salalah powerhouse to be at fifth place with five points. Also on Monday, Sohar drew with Al Ittihad 1-1 at home to bounce back from their loss to Dhofar in the second round.

The league will now take a break for the first round of His Majesty's Cup, which will be held from January 1-3, 2021.

The fourth round of Omantel League will resume on January 7.