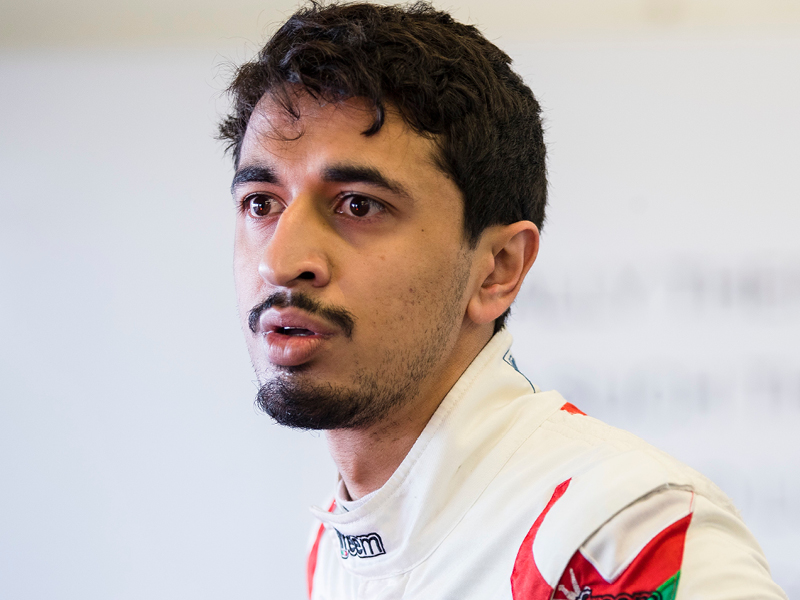 A debut to cherish

Following ten months of being away from the circuit, the return to the wheel was just as amazing as the result for Oman's talented Al Faisal al Zubair.

It was a debut to cherish for Al Faisal and his Croatian teammate Martin Kodric as they bagged a podium finish in the Silver Cup class and to add icing on the celebratory cake was an impressive overall fourth-place finish in the final race of the 2020 British GT Championship at the blue riband Silverstone 500 in UK on Sunday.

Al Faisal and Kodric were the third entry for 2 Seas Motorsport team in a McLaren 720S GT3 car. The 22 year old Al Faisal, racing in an Al Manar Financial Investments-sponsored No 11 car, displayed no signs of rustiness, despite the long break from the racing, as he and Kodric bounced back after posting modest qualifying times in the two sessions. Al Faisal, the double Porsche GT3 Cup Challenge Middle East champion, made his first race

appearance on the tracks since contesting the Hankook 24Hr Dubai event in January. Sandy Mitchell and Rob Collard of Barwell Motorsport won their first British GT title after their triumph at the Silverstone 500 on Sunday.

With nearly 30 drivers in the race, which featured some of the best drivers and also included former Formula One champion, Jenson Button, it was a tight competition from the start.

Al Faisal and Kodric's overall P4 and a third-place in the Silver Cup helped 2 Seas Motorsport also finish third in the team's standings after their other two entries - Angus Fender and Dean Macdonald (#9) ended fifth and the duo of Jordan Witt and Jack Mitchell (#10) came 12th.

For 2 Seas Motorsport, a team owned by Isa al Khalifa and Nicholas Cristofaro, it was a successful debut season with two cars in the top-five.

In a three-hour season final, which was packed with action and incident from lights to flag, Al Faisal and Kodric’s impressive run got them the final podium spot in the hotly-contested Silver Cup.

Starting the race, Al Faisal quickly moved to P8 and then climbed to fourth place before making a pit stop. A slight delay during the pit stop pushed their advantage back and Kodric had to resume at P15. The Croatian got the team back to tenth before Al Faisal took over the wheel and reached P6 with an hour to go.

In the final session, Kodric managed a P4 and ensured that the same place at the end of 180 minutes.

‘Delighted with success on return’

Speaking after the P4 overall finish, Al Faisal said, “I am delighted with my success on return to the circuit. Thanks to my teammate, we could come up with such a good result in one of the top races at a world-class Silverstone circuit.

“It was a great run with Martin at the championship on our debut. I am very happy to have clinched a third place in the Silver Cup class and an overall fourth spot. It is an achievement  that I am proud of, as the race featured much experienced drivers and former champions.

“Overall, it was a tough race, but I will cherish the experience at the Silverstone circuit for long.”

The Omani driver added, “Despite the lack of preparations, we were close to an overall third but a mistake during a pit stop cost us dear. However, the team owners are satisfied with the result, which was our primary goal.

“I have gained a lot with this participation, not just in confidence, but also in experience. This will stand me in good stead when I begin my new season.”