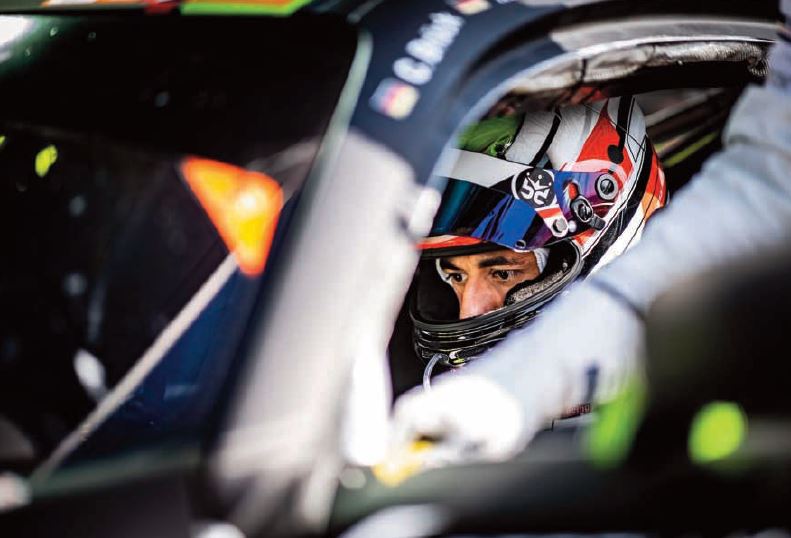 One of Oman's most talented endurance racing driver, Al Faisal al Zubair, is excited to be back at the wheels as the 22 year old will make his debut in the final round of the British GT Championship at Silverstone, UK, on November 7-8.

Following the disruptions of racing series worldwide due to coronavirus pandemic, Al Faisal is now set to make an eagerly-awaited comeback to the tracks after he was recently confirmed by 2 Seas Motorsport to pair with McLaren professional driver Martin Kodric of Croatia as the third McLaren 720S GT3 team for one-off entry into the highly-competitive Silver Cup class.
2 Seas Motorsport is a new team to the GT world and joined British GT, GT World Challenge Europe as a McLaren Customer Racing Team.

Speaking after being named to the team, Al Faisal said, “I am extremely excited to be back racing after such a long break, having not competed since the Dubai 24-hour race in January. It will be a very different experience for me, racing in a new series with the McLaren which I have never raced before, but I am really excited to be back in a GT3 car, racing with 2 Seas Motorsport alongside Martin at the iconic Silverstone circuit.
“The British GT Championship is recognised globally as one of the strongest and most competitive domestic GT championships, and the racing so far this season and the grid size is testament to that.

“The 2 Seas Motorsport team has already shown themselves to be true contenders at each event in their debut season, and I am excited to be racing with Martin who is a proven race-winner at the wheel of the McLaren. It is going to be a fun weekend.”

The Omani driver thanked 2 Seas Motorsport for picking him up and felt that 'the race will be a good opportunity' to compete with the best of drivers and 'a good benchmark for him to
prepare for the new season'.

Kodric returns to the Silverstone circuit after scoring a top-four finish during the 2019 International GT Open event on his way to finishing joint second in the overall championship standings.

Al Faisal and Kodric join for the final round of the 2020 season alongside Angus Fender and Dean Macdonald in the #9 and Jordan Witt and Jack Mitchell in the #10.
The season regulars have, so far, claimed silverware at each of the six race weekends including overall race victory during the last race weekend at Snetterton.

After naming Al Faisal into the team, Isa al Khalifa, 2 Seas Motorsport team co-owner, said, “I am really pleased to welcome Al Faisal to the team alongside Martin for the final event of the 2020 Intelligent Money British GT Championship season, and I am confident they will make for a really exciting pairing.

“The Silver Cup has provided some fantastic racing over the course of the season and adding a third GT3 car to our line-up is hugely exciting.

Silverstone, but both have achieved strong results at the highest level and the team is looking to end the season on a high and build on the overall race