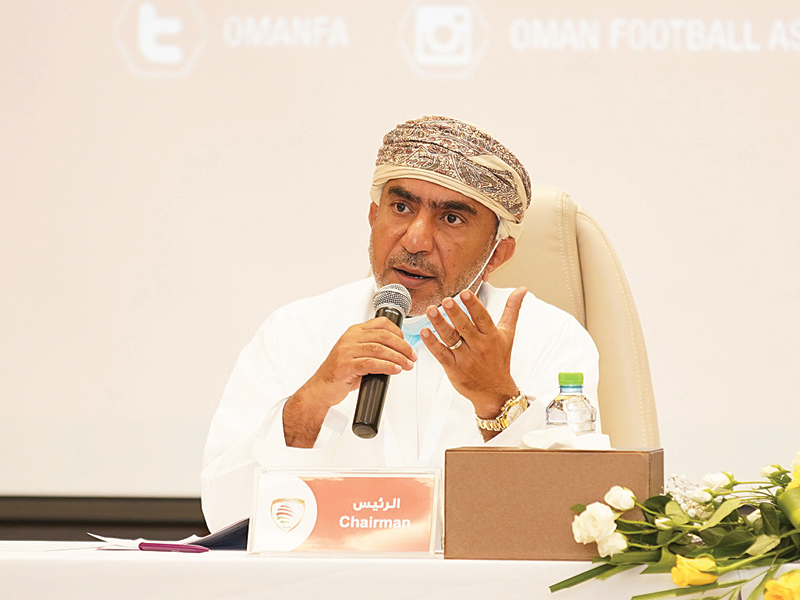 OFA board term extended to May 2021

In view of the current challenges and disruptions caused due to the coronavirus pandemic, representatives of the clubs in the sultanate were unanimous in their decision to extend the term of the current board of the directors at the Oman Football Association (OFA) till the end of May 2021.

The decision to extend the term for next eight months was taken during the OFA annual general meeting (AGM), held under the chairmanship of Sheikh Salim al Wahaibi, the OFA president, at the Crowne Plaza Muscat OCEC, on Saturday.

Representatives of 42 of the 44 clubs in Oman attended the meet.

It may be recalled that Wahaibi took over as the OFA chief along with the board members in September 2016. According to an OFA official, the initial plan was to hold the election at the conclusion of the 2019-2020 season, which would have been in May in ideal situation. However, due to the COVID-19 pandemic and subsequent suspension of all sports activities in the country by the Supreme Committee in charge of dealing with the COVID-19, the plans were scuttled.

Said Othman al Balushi, the CEO and general secretary of the OFA, told Muscat Daily, “The clubs approved that the term of the OFA board should be extended till May 31. We will have our next AGM four months from today as the clubs have proposed changes in the statutes of the OFA. And, four months later after that, which would mean end of May, we will have the election for the new board.”

Representatives of the clubs at the AGM  discussed their difficulties in the wake of the pandemic. Majority of the clubs welcomed the restart of the domestic league in October.

Last week, OFA announced the schedule of the remaining three rounds of the 2019-2020 Omantel League season along with the fixtures for the Oman First Division and HM's Cup second-leg semifinals.

Concerns over players’ health and ways to ensure health protocols for the remainder of the season were also discussed.