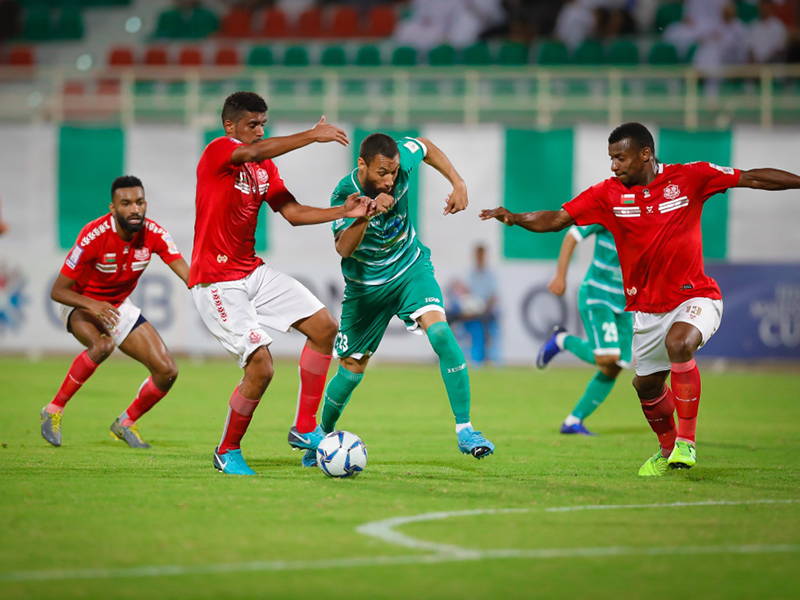 A day after the Supreme Committee in charge of dealing with the COVID-19 pandemic gave the nod to resume the suspended 2019-2020 domestic football season and start the new 2020-21 season, the Oman Football Association (OFA) has expressed its thanks to the Ministry of Culture, Sports and Youth (MCSY) and the Supreme Committee.

Speaking to Muscat Daily after attending the OFA board meeting held on Tuesday, Said Othman al Balushi, the CEO and general secretary of OFA, said, “The board members met under the chairmanship of Sheikh Salim al Wahaibi and conveyed their thanks to H H Sayyid Theyazin bin Haitham al Said, the Minister of Culture, Sports and Youth and the ministry officials for their efforts to get the green signal from the Supreme Committee to resume the 2019-2020 season and
kick-off the 2020-21 season.

“The schedule of the remaining three rounds of the Omantel League, four rounds of the Oman First Division League, the second-leg of HM's Cup semifinals will be released on Sunday. The final of HM's Cup will be decided later, which will formally conclude the season.
“Most importantly, the OFA board is hopeful and eyeing to kick off the new season before the end of the year.”
Balushi said, “Football action will resume but under strict health protocols and without fans. The clubs have been asked to conduct the COVID-19 tests of all their staff members and players and the OFA expects five weeks will be needed to complete the formalities.”

In all likelihood, the remaining rounds of the 2019-20 season will begin by mid-October.

The top OFA official, who also addressed a press briefing later on Tuesday evening, said that the clubs will also receive financial aid that has been disbursed by FIFA, the world football governing body, to all the member associations.

“The percentage of the financial aid to be distributed to the clubs is yet to be decided but we have assured them of the FIFA support,” said Balushi, who confirmed that OFA will receive US$1mn in two instalments of US$500,000 each.

FIFA had made the announcement of distributing the funds in April as part of COVID-19 relief plan for all its 211 member associations.

Speaking about the national team, Balushi confirmed that the senior team camp, under Branko Ivankovic of Croatia, will begin in Muscat on September 20 while the Red Warriors will hold an external camp in Dubai, UAE, from November 7-17.
Muscat Daily had earlier reported that the national team will play two international friendlies against Kuwait and Jordan respectively in Dubai during the UAE camp that will coincide with FIFA days.

It may be mentioned that Oman's 2022 FIFA World Cup and 2023 Asian Cup Group E qualifiers, scheduled in October and November, have been postponed to next year.

Oman last played their Group E match against India at the Sultan Qaboos Sports Complex (SQSC) in Muscat on November 19, 2019. The hosts won 1-0. Oman was due to play group matches against Afghanistan (October13, away), Qatar
(November 12, home) and Bangladesh (November17, away) before FIFA decided to postpone the qualifiers till next year.