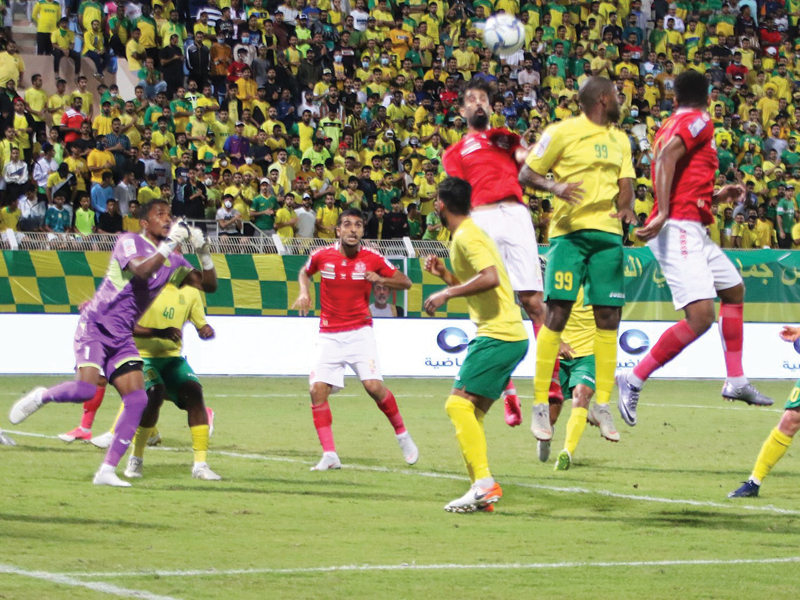 Football fans and clubs welcomed the decision by the Supreme Committee in charge of dealing with the COVID-19 pandemic on Monday to give the green signal to the Oman Football Association (OFA) to resume the 2019-2020 domestic season and go ahead with the new 2020-2021 season.

The decision also instructed the OFA to hold the games of the remaining season and the new season behind closed doors and adhere to strict health protocols.

Confirming the decision, Said Othman al Balushi, the CEO and general secretary of OFA said, “We have got the go-ahead from the Supreme Committee and will have a board meeting on Tuesday to release the details on the schedule for the remaining rounds of the Omantel League, First Division League and His Majesty's Cup.

“Also, we will announce the other necessary measures and health protocols to be adopted by the clubs as we resume the competitions.”

The 2019-2020 season was suspended in mid-March following the directives of the Supreme Committee to halt all sports activities in the sultanate in an attempt to control the COVID-19 pandemic.

In all likelihood, the OFA is expected to resume the season by mid-October as players and clubs will need time to train following the long break and get tested for COVID-19.

When the top-flight Omantel League season was suspended in March, Seeb was leading the points table and close to laying hands on the winner's trophy for the first time with a five-point lead (50 points) over their nearest rival Dhofar with three rounds remaining.

Excitement among the Seeb fans and club has been growing since March 14 when Seeb drew with Dhofar 1-1. It has been a tense wait for them since then and Monday’s news was  welcomed by Yousuf al Wahaibi, vice-chairman of Seeb Club.

“We are happy to know that the season will be decided on the pitch and are looking forward to ending the season on a high and win our maiden league title,” he said. The three-time His Majesty's Cup winners have had an excellent season under
Portuguese coach Bruno Miguel, having suffered just one defeat in the Omantel League.

With 14 wins and eight draws, Seeb has been outstanding and Wahaibi credited 'the players, coaching staff and the fans for excellent season so far'. “We hope to continue with the good work and end the wait for our elusive league title,” he said.
Seeb's remaining games are against Oman, Muscat and Saham clubs. While Oman is battling relegation at 12th place with 26 points, Saham (32) and Muscat (31) are currently placed fifth and sixth in the table.

Besides the Omantel League, OFA will also hold the remaining rounds of the First Division and the second-leg of HM's Cup semifinals and the final to  conclude the ongoing season.

Second-placed in Omantel League, Dhofar is chasing their ninth HM's Cup title and is due to host the second-leg of their clash against Al Nahda with the game tied at 1-1. Ibri lead 2-1 against Al Arouba in the other semifinal with Arouba scheduled to host the second leg.

National team to play friendlies against Kuwait, Jordan in UAE

Said Othman al Balushi, the CEO of OFA, said that the national football team will return to training on September 20 after a six-month break.

In his remarks to Muscat Daily on Monday, Balushi said, “The national coach, Branko Ivankovic of Croatia, is already in Oman and has submitted a detailed plan to us for the team.

With the 2022 FIFA and 2023 Asian Cup Group E qualifiers postponed to next year, the team will now play friendlies against Kuwait and Jordan in the UAE in  November during the FIFA Days break.”

The Red Warriors will resume training with a camp in Muscat. All the players, who will be called up, are to be tested first for COVID-19 before the full team training is organised.