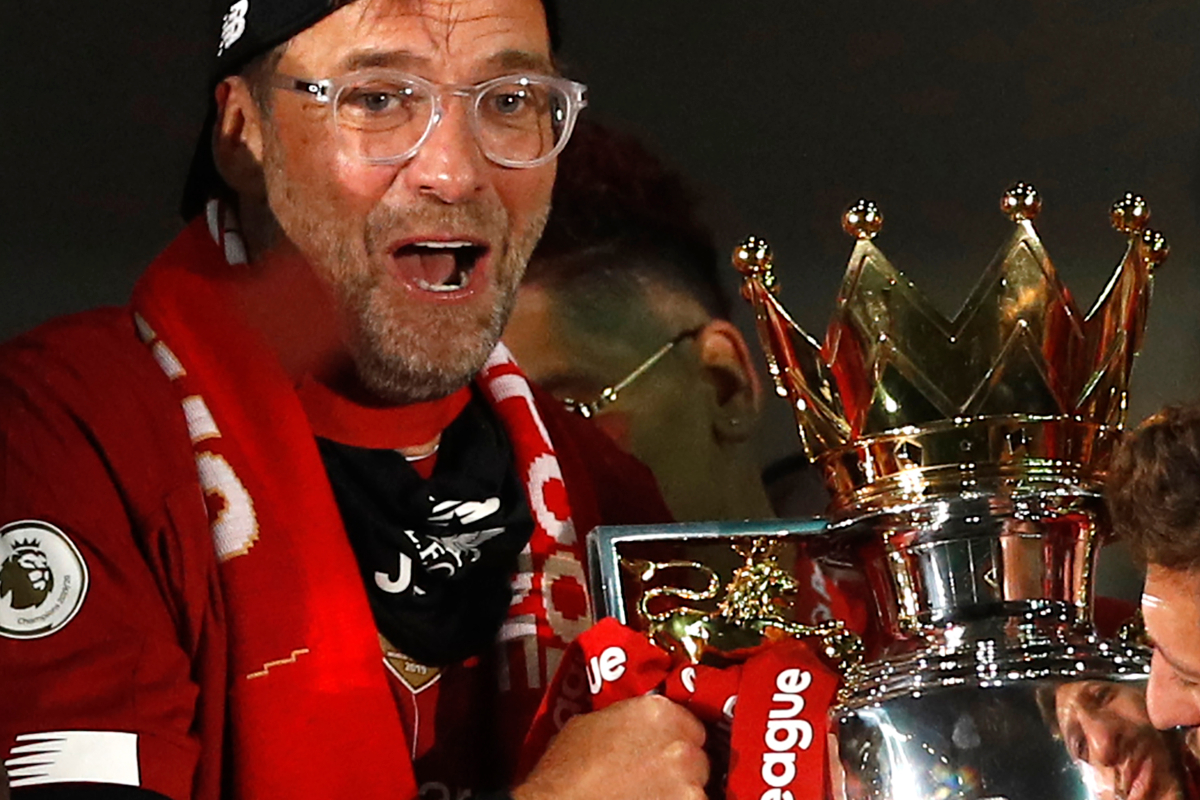 Liverpool's Jurgen Klopp was on Monday named the League Managers' Association(LMA) manager of the year.

In announcing Klopp as the winner on Sky Sports, former Manchester United boss Sir Alex Ferguson said: "Jurgen, fantastic. We speak about Leeds spending 16 years in the Championship, but Liverpool, 30 years since winning that league, incredible.

"It was thoroughly deserved.

"The performance level of your team was outstanding. Your personality runs right through the whole club.

"I'll forgive you for ringing me at half past three in the morning to tell me you had won the league - thank you, but anyway, you thoroughly deserved it. Well done."

Klopp's side amassed 99 points as they won the EPL title by 18 points from second-placed Manchester City.

"I'm absolutely delighted to be named the winner of the League Managers Association manager of the year award, for this wonderful Sir Alex Ferguson trophy, named after a man that I admire so much," said Klopp.

"I know it's not 100% appropriate as a Liverpool manager - but I admire him. He was the first British manager I met and we had breakfast together. It was long ago and I'm not sure if he remembers it still, but I remember it forever because it was for me in this moment like meeting the Pope if you want!

"It was absolutely great and from the first second we really clicked. I wouldn't have thought in that moment that one day I would hold the trophy in my hands which is named after him."

He added: "It feels extra special to win this award because it is voted for by my fellow managers.

"It's an honour to be in the company of so many managers who have been named as LMA manager of the year before, including of course Liverpool managers like Bill Shankly, Bob Paisley, Joe Fagan, Sir Kenny Dalglish and, in recent years, Brendan Rodgers."

"I am here on behalf of my coaches. I'm OK as a manager but they make us a real special bunch of football brains and I love to work with them together. To work together with Pep Lijnders, Peter Krawietz, John Achterberg, Vitor Matos and Jack Robinson - it's a pleasure."

Leeds United boss Marcelo Bielsa won the Championship award after guiding his side to the title and promotion to the EPL.

The 65 year old Argentine thanked the club for hiring him, the staff he has worked alongside and the Leeds fans for showing him so much love.

"Finally, the biggest thank you is to the players themselves," he added.

"They are the ones doing the most difficult job in football, which is playing, competing and in this case clinching success. Coaches are always the product of the players we get to coach and I'd like to stress how grateful I am to them."

Emma Hayes won the FA Women's Super League manager of the year award after leading Chelsea to the title.

The FA Women's Championship manager of the year was Aston Villa's Gemma Davies.