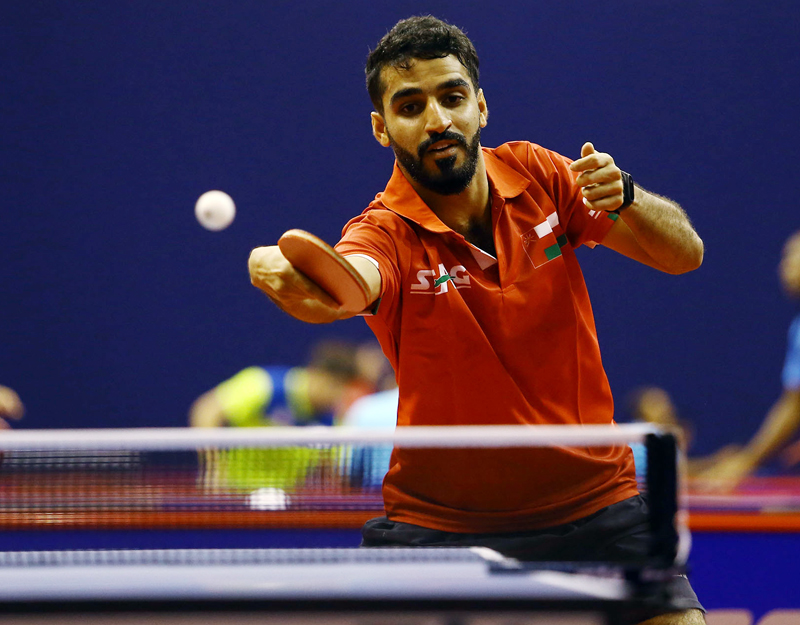 Big boost to Table Tennis and Cycling in Oman

The decisions by H E Sheikh Saad al Saadi, Minister of Sports Affairs, on Sunday, to constitute the Oman Table Tennis Association and Oman Cycling Association, will go a long way in the development of the two sports in the sultanate

Table tennis and cycling sports received a big shot in the arm in the sultanate with the formation of the Oman Table Tennis Association (OTTA) and the Oman Cycling Association (OCA) on Sunday.

The decisions were announced by H E Sheikh Saad al Saadi, Minister of Sports Affairs, who hoped that the two sports will develop further with the formation of the associations.

Prior to the formation of the OTTA, the Oman Table Tennis Committee(OTTC), headed by Abdullah Bamkhalef, had played a lead role in putting the sultanate on the world TT map.

Over the past few years, Bamkhalef and his team had successfully organised world-class tournaments in Oman including the 2020 ITTF Challenge Plus Oman Open that concluded just as sports activities were stopped in March by the Supreme Committee to contain the coronavirus pandemic in Oman.

The biggest achievement of the OTTC has been winning the rights to host the prestigious 2022 World Veteran Championships, which will be held at the Oman Convention and Exhibition Centre (OCEC) in early March or early May that year.

Germany's Thomas Weikert, the president of the world governing body, ITTF, was all praise for the facilities in Oman during his maiden visit in March last year.

In his remarks to Muscat Daily before Oman had won the bid to host the world veterans' he said, “We believe that with the strong support extended by H E Sheikh Saad al Saadi, the sports minister, Oman is a perfect venue to host much bigger tournaments in the future.”

And a month later in April last year, Oman beat a strong competition from South Korea and Malaysia to host the 2022 worlds.

It was a major achievement for Oman, which in the past has hosted the ITTF Challenge Series for two successive years and ITTF World Junior Circuit tournament in 2018 in Muscat. The OTTC also organised the Arab Championship in August 2017.

The announcement of the formation of the two associations by the minister comes in the wake of impressive strides made by the respective committees in developing the sports and organising top-class tournaments that attracted players and cyclists from across the world.

“The decisions come within the framework of the growth of individual sports like table tennis and cycling and also keep pace with the international developments. The formation of the associations will open up new horizons for Omani players and give them the necessary encouragement to excel,” read the statement from the sports ministry.

Oman Cycling Committee has also been in the forefront of organising many events under the chairmanship of Saif al Rashdi, the long-serving head.

While the prestigious Tour of Oman is organised by the Muscat Municipality, the formation of the OCA will pave way of closer coordination of OCA with the world cycling body, UCI.

The cycling committee has also been spearheading a campaign for a healthy life and, earlier this year, signed an agreement of a cycling-friendly city in Madinat Al Irfan during the visit to Oman by the UCI chief David Lappartient.

With the OCA formation there will be a fresh impetus on competitive cycling among Omanis, who have been trying hard to earn laurels at the regional stage.

The ministry is, however, yet to name the board and the respective chairmen to run the associations.