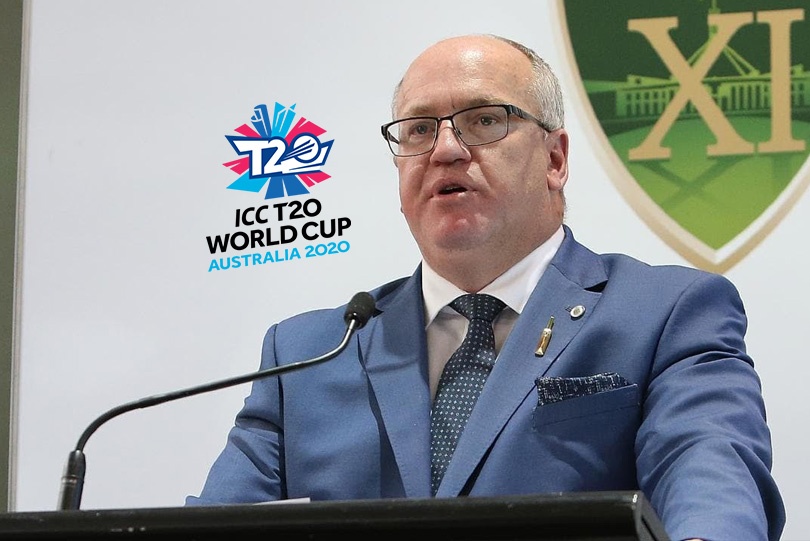 The fate of the T20 World Cup, scheduled to be held in October-November in Australia, looks grim after Cricket Australia (CA) chairman Earl Eddings admitted that it would be 'unrealistic' to stage the event amidst the global COVID-19 pandemic. Oman is one of the teams in the 16-nation tournament

The T20 World Cup - slated to be played from October 18 to November 15 - has come under clouds following the coronavirus outbreak which has so far claimed more than 4.3 lakh lives across the world.

"While it hasn't been formally called off this year, or postponed, trying to get sixteen countries into Australia in the current world, where most countries are still going through COVID spiking, I think it is unrealistic, or it's going to be very, very difficult," said Eddings on Tuesday in a virtual press conference.

"The ICC are having meetings as we speak, it's a bit of a movable feast at the moment," he said, according to an AFP report.

T20 World Cup chief executive Nick Hockley, who on Tuesday took over as interim CA chief, said he expected the ICC to make a decision about the tournament's future next month.

"We've got a fantastic local organising committee who are busy preparing for every eventuality and the decision that will come," he said.

The ICC had deferred the decision on the fate of the tournament till next month on June 10.

Australian Prime Minister Scott Morrison had last week said that sports stadiums capable of seating 40,000 people will be allowed to host crowds of up to 10,000 from next month.

But strict international border restrictions remain in place and there are also limits on domestic movement between states, creating an added headache for an event where forty-five matches are split between seven cities.

Eddings said India's Test tour in December-January appeared set to go ahead, with the tourists willing to undergo quarantine to enter Australia.

"We've had a lot of very positive chats with India, they're very keen to tour," he said.

"Now it's a matter of how we get over the hurdles with COVID-19 for them to come into the country."

The most likely scenario appears to be rescheduling the tournament until next year, but it will depend on the status of the pandemic and finding a spot in cricket's crowded calendar.

Postponing the World Cup could have a knock-on effect for the Indian Premier League (IPL), which was supposed to begin in March but has been repeatedly pushed back.

The Board of Control for Cricket in India (BCCI) is desperate to salvage the world's richest T20 tournament, even if that means taking it overseas or playing in empty stands.

but insisted 'planning for delivery of the events in the scheduled window is ongoing'.

"The health and well-being of everyone involved is our priority and other considerations fall out from that," ICC chief executive Manu Sawhney said.