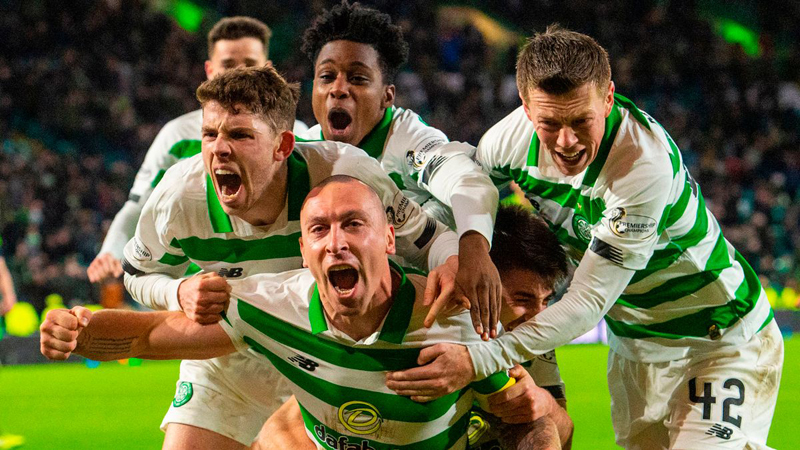 Nine in a row for Celtic

It was an anti-climatic end to the Scottish Premiership as Celtic was crowned champions on Monday for the ninth successive time after the coronavirus pandemic lockdown deprived them of the chance to win on the pitch.

Celtic were 13 points clear at the top of the table when matches were halted on March 13, after storming ahead as Rangers faltered following the winter break.

The decision was taken at a board meeting on Monday after the 12 top-flight clubs agreed at the end of last week that completing the campaign was unfeasible. Average points per game played was used to determine final placings and Hearts were relegated.

Rangers failed to gain sufficient support among the other 41 league clubs for an independent inquiry into the controversial vote that allowed the season to be called on a points-per-game basis.

Many clubs were unhappy at the Scottish Professional Football League's insistence that the final instalment of prize money worth US$8.5mn could only be distributed once the leagues were declared over.

Celtic manager Neil Lennon bemoaned that his players could not win it on the pitch. "They are the ones who have lost out the most in terms of the opportunity to play in front of the supporters, going for nine in a row. I feel so sorry for them," Lennon told about his players to mediapersons on Monday.

In a press statement, Celtic said, "We have scored 89 goals, conceded just 19, and established a commanding 13-point lead at the top of the table. We are champions for a reason."

Only twice has the feat of nine-in-a-row titles been achieved before, once on either side of the Glasgow divide - by Celtic and Rangers.

Celtic''s European Cup-winning side were unstoppable from 1965 to 1974 under Jock Stein, while Rangers' investment in a stellar cast of stars was rewarded from 1988 to 1997. For all those sides achieved, neither managed a full decade of dominance.

In his remarks to BBC on Tuesday, Lennon said, "We can go for ten now, because I know that's been on the tip of a lot of our supporters' tongues. The supporters are talking about ten, and we can now go for the ten."

Lennon admitted it is 'surreal' not being able to celebrate with his players and staff as Scotland is still in coronavirus-enforced lockdown.

Celtic had eight matches left and a 13-point lead over second-place Rangers, who had played a game fewer, when play was halted in March.

That gap had been just two points at the turn of the year following Old Firm defeat by an Ibrox side who held a game in hand. But while Rangers faltered after the winter break, Celtic surged clear with 28 points from 30.

Lennon insisted there can be no doubt that Celtic have been 'the best team by far'.

"Of course it's fully deserved," he said. "We were absolutely rampant throughout the season. We were so consistent, played brilliant football. Even at the turn of the year when questions were being asked, they found the answers and smashed the second half of the season. As a squad they've been magnificent."

Earlier on Monday, Lennon paid tribute to fans and said: “The passion, commitment and energy you bring to Celtic always gives us strength and it is these qualities which have been crucial in once again allowing us to deliver when it mattered.

“You are the best around and once again you, along with my players, my backroom team, indeed everyone at the club... have been the difference. Together we have shown that we are a powerful force and once again the best team in the country.”

Celtic fans didn’t let the coronavirus lockdown stop them from celebrating as many of the supporters headed to Parkhead in Glasgow, Scotland, where the club's stadium is located.

And despite club chiefs urging supporters to celebrate at home, delighted fans couldn’t resist visiting their ground to mark the occasion under the watchful eye of police, dispatched to ensure social distancing was being adhered to. A constant stream of passing cars flying scarves and flags beeped their horns as fans cheered and chanted songs.