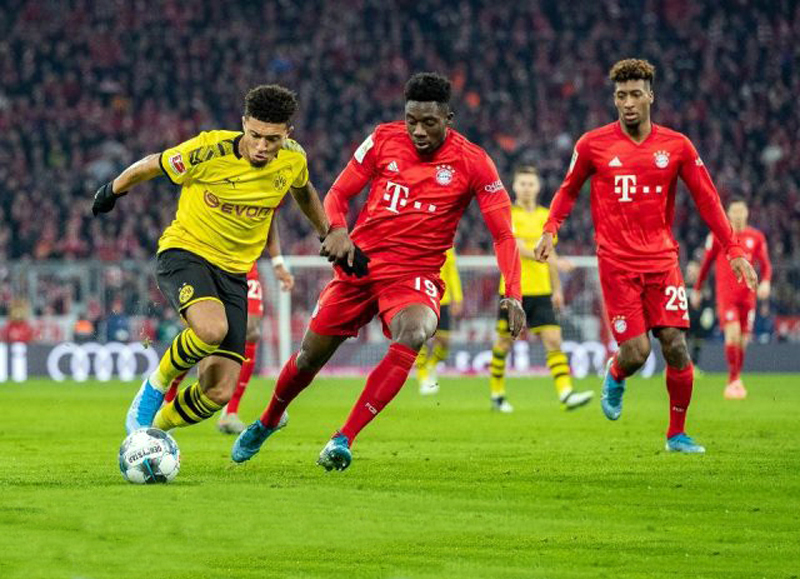 It has been two months since European football leagues were suspended due to COVID-19 pandemic. But, last week, the German League (Bundesliga) announced that it will resume behind closed doors on May 16, becoming Europe's first major football league to restart during the coronavirus pandemic following the green signal from Germany's government.

Bundesliga fans in Oman expressed delight at the restart as top-class football action was missing for two months.

Oman boasts of a large fan base of clubs like Real Madrid, Barcelona, Atletico Madrid in Spain, Liverpool, Manchester United, Arsenal and Chelsea in England, Juventus and Roma in Italy and Bayern Munich and Borussia Dortmund in Germany.

The return of Bundesliga, which was stopped on March 13, will be closely followed by other countries as other major leagues in Europe are also planning a return.

Though there have been concerns on the restart of Bundesliga, the organisers - German Football Association (DFB) - are hopeful that with restrictions in place, matches behind closed doors, and strict health protocols being implemented, they would be able to conclude the season.

Players have been told to undergo COVID-19 testing and about 300 people, including players, staff and officials, will be in or around the stadiums during the match days.

Christian Seifert, chief executive of the German Football League, said, "It was crucial to resume play despite empty stands and other restrictions.”

In his remarks to Muscat Daily, Balushi said, “It is a very positive news even though matches will be without fans. Football has to get back on the ground and the German government has studied the situation and asked the league to implement strict health protocols for the restart. We all are worried about COVID-19 impact globally but I am sure that the restart is the right step.”

Balushi, who has been an ardent supporter of Bundesliga champions Bayern Munich, said that 'game should go on' as 'stopping football will have much more grave consequences' with millions of dollars at stake for clubs.

According to a media report, as many as 18 of the 36 teams in Germany's top two divisions could have faced severe financial difficulties had the leagues not returned this season as cancellation would have meant a loss of nearly US$800mn.

Balushi added, “The future of clubs and the game itself is in danger if football does not resume soon. What is needed for leagues around the world is to have strict health protocols and play behind closed doors in current times.

“The German authorities have planned it well. It is also a lesson for the rest of the leagues and governments on how to deal with sports and the coronavirus pandemic.

The Oman Football Association and the Ministry of Sports Affairs here should take a cue from Germany. At the moment they do not seem to have any plans for the restart with Oman league scheduled to begin only in September.”

Balushi said 'the German model' is the best way forward as 'there is need of continuity in sports'.

“We have a big fight against coronavirus and as in football where we play to win, the restart of Bundesliga is a way to show that we will finally win against the pandemic,” he added.

Fahad al Raisi, director-general at the Ministry of Sports Affairs and a senior official with the Asian Football Confederation (AFC), also gave a thumb-up to restart of Bundesliga.

Raisi said, “The German government has been pro-active in their approach before giving the green signal. The move is expected to give a lot of hope for other countries to restart their respective football leagues.”

“With the Bundesliga resumption, we can expect a winner to be decided on the pitch as we had seen earlier last month that the Dutch League (Eredivisie) was called off with no winner. The French League (Ligue 1) too was called off though Paris Saint-German (PSG) was declared winner with few rounds remaining.”

Bayern are four points clear of second-placed Borussia Dortmund in their bid for an eighth straight Bundesliga title when football was halted, restart their season at Union Berlin on May 17 (Sunday) while Dortmund host arch-rivals Schalke on May 16 (Saturday) in the first derby without spectators in the rivalry's 95-year history.

Another Bayern Munich fan from childhood, Balqees Mohammedi, an official at the Ministry of Sports Affairs said, “It is great to hear that Bundesliga will resume this week. I am eagerly looking forward to action on the pitch though I know the excitement to see supporters cheering their teams inside the stadium will be missing. We have been waiting for long for some top-class football league action.

“Bayern Munich is my favourite team and I am sure that they will retain the title. Coronavirus pandemic has impacted the world but I am hopeful that with strict measures in place, the resumption of Bundesliga will be successful.

“These are exceptional circumstances and in the best interests of the game, the leagues should restart with strict measures and matches without fans.”

Meanwhile, European football governing body (UEFA) president Aleksander Ceferin said he is 'confident that Germany will provide a shining example' to the world of football on how to return to action.

The eyes of the English Premier League, Spanish La Liga and Italian Serie A will be firmly fixed on the early games in Bundesliga and if Germany can make it work, maybe Europe's other major leagues have a stronger chance too.