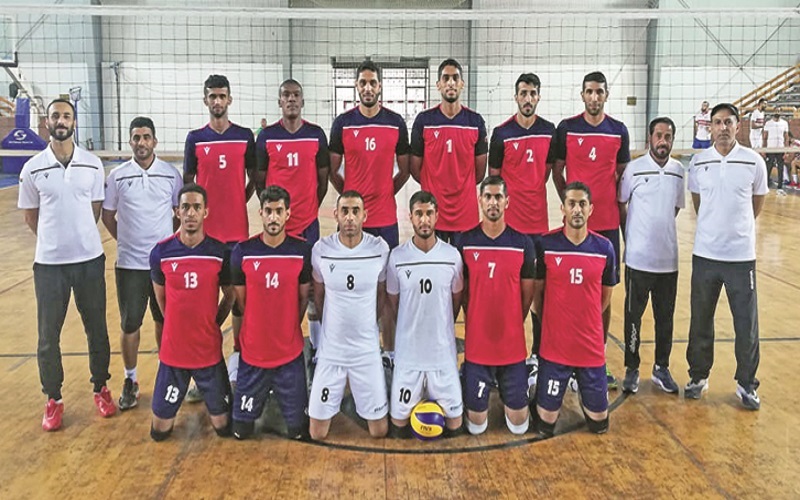 Oman senior volleyball team's encouraging performances over the past few years at regional and Asian tournaments have helped them take a giant leap in the newly-introduced FIVB World Ranking system. The 'Red Smashers' jumped 55 places to reach 76th spot.

Amid the gloom and despair caused by the COVID-19 pandemic, there is something to cheer for the Oman sports fraternity as news came in on Sunday that the national senior volleyball team have jumped 55 places in the latest FIVB World Ranking.

Oman, which was languishing among the bottom-rung teams at 131st position in January, 2020, benefitted from the world governing body (FIVB) decision to implement a new ranking system in February this year.

Powerhouse Brazil continue to dominate the world rankings and are on top with 427 points, followed by Poland with 384. US are third (365), Russia fourth (317) and Argentina (291) completes the top-five spots.

The No 1 team in Asia is Iran at eighth place with 279 points. Japan (269) closely trails at ninth while regional heavyweights, Qatar, are ranked 23rd in the world with 138 points.

Kuwait are at 81st spot with 65 points while UAE are ten ranks further down with 57 points. Bahrain and Saudi Arabia are placed 136th among the 220 ranked countries.

In the Asian ranking, Oman team, also known as Red Smashers, are ranked 13th among 64 nations, which also include Oceania countries.

While Iran and Japan are the top-two Asian nations, Australia are third followed by South Korea and China. Qatar are the highest-ranked GCC nation at sixth.

The FIVB had introduced the new ranking system to reflect the true sporting strength of the senior national teams more accurately than ever before. The ranking will be more dynamic as it will automatically update after the competition of matches played in recognised official competitions.

The new World Ranking system will represent all 222 senior national teams in men and women categories.

The previous World Ranking did not include all the national teams and was based on the final standings of a few events with an outdated points attribution system.

To be eligible for WR points, the recognised official competitions must have a minimum of four national teams participating.

In his remarks to Muscat Daily, Sheikh Badar al Rawas, the president of the Oman Volleyball Association (OVA) said, “We are delighted to see our national team make such a good progress. From 131st to 76th position speaks volumes of our team's performances in the Asian and regional competitions. I would like to congratulate the players, coaching staff and the supporters for this achievement

“We hope to continue our journey and with the strong backing of the Ministry of Sports Affairs, the Oman Olympic Committee, OVA board members, clubs, and other stakeholders, we are confident that our national team will climb up further in the future.”

Rawas added that the 'OVA has been working hard for long and has a managed to execute a long-term strategy successfully in close coordination with the domestic clubs.'

“Since our bronze medal win at the highly-competitive Arab Championship in Egypt in 2018, the national team has been improving and followed by qualifying for the Asian Men's Championship in Tehran in September last year. Even at the Asian meet, where we finished 13th among the 16 nations, our overall performance was good as we were in a very tough group that included former champions China, Kazakhstan and India,” said Rawas.

“This is the first time that Oman have broken into the top-100 teams and collected 83 points. The OVA along with the technical staff of the national team under coach Rashid al Miqbali, have been working for long to achieve a respectable ranking.

“The emphasis has been to participate and compete against stronger and higher-ranked teams, which gave us the chance to earn more points. We will keep on investing in our youth and the national team and I am certain that the latest ranking will spur us to achieve an even better ranking in the future.”

The Brazilian spoke to the leaders of the Western Asia Zone’s volleyball associations from his office in Rio, Brazil, to discuss the development and promotion of volleyball and beach volleyball in the region.

Together with the executive vice-president of the FIVB and the Asian Volleyball Confederation (AVC), Essa Hamza Ahmad al Failakawi, the FIVB president was joined by the FIVB board of administration member and chairman of the Western Asia Zone, Ibrahim Abdul Malik Mohammed, along with the chiefs of various national associations of the region.