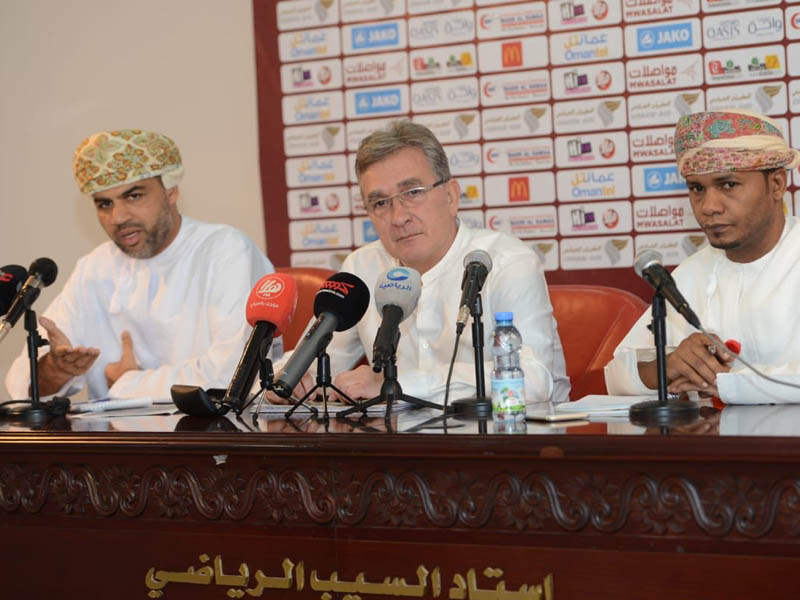 Newly appointed Oman football team coach Branko Ivankovic has been a busy man since taking charge on January 29.  The experienced Croatian coach along with his support staff have been travelling across the sultanate for the past two weeks watching Omantel League games and meeting top-flight league teams’ management.

Following a hectic schedule, the coach on Tuesday picked his first list of 26 probables from the domestic clubs, as he begins the national team’s preparations for next month’s 2022 FIFA World Cup and 2023 Asian Cup joint qualifiers with a short camp, starting on February 23.

Announcing the names and giving details of his forthcoming three-day camp in Muscat at the Oman Football Association (OFA) headquarters, Ivankovic said that the ‘aim is to have an initial look at the boys’.

Ivankovic said, “I have had a hectic schedule - visiting clubs, attending Omantel League games and meeting clubs’  representatives.  “With whatever I have  witnessed during the  top-flight league so far, I have been impressed by the players from Seeb and Dhofar clubs.”

Seeb is currently the Omantel League leader with 41 points and is closely followed by Dhofar with 38. Saham is a distant third with 30 points. Ivankovic said that despite the ‘short time’ he had since taking over, he and his support staff have tried their best to collect  maximum inputs on players from clubs and by watching them.

Arouba meets unfancied Ibri at Ibri and Nahda hosts  eight-time winners Dhofar at the  Al Buraimi Sports Complex. The second-leg of the  semifinals will be played on March 17. Players from Seeb Club (six) dominate the probables list with the coach emphasising that a final list of 23 will be finalised only after the second camp for the remaining qualifiers. Oman is currently second in Group E behind Qatar, which lead the table with 13 points after five games. The other teams in the group are Afghanistan, India and Bangladesh. Oman next’s assignment is an away game to Tajikistan in Tashkent on March 31, when it take on Afghanistan.

As part of Oman’s build-up for the Afghanistan game, the OFA has arranged a friendly against New Zealand in Muscat on March 26. Following the game against Afghanistan, Oman will host Qatar on June 4 before  concluding their campaign on June 9 away against Bangladesh in Dhaka.

The national team regroups next Sunday for the first time after their disappointing display at the 24th Arabian Gulf Cup in Doha, Qatar, in December  when Red Warriors made a group-stage exit under Dutch coach Erwin Koeman.

The dismal Gulf Cup performance led to the sacking of Koeman in December after just ten months at helm.