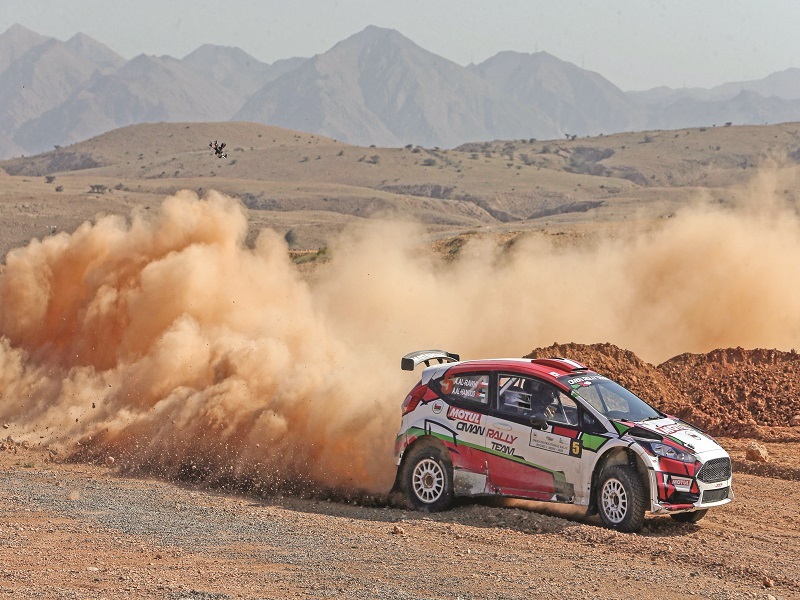 Oman's growing stature as a rallying destination received a thumbs up by none other than Jean Todt, the president of the FIA, the governing body for motor sport.

Oman recently hosted the first round of the FIA Middle East Rally Championship, which made its return to the sultanate for the first time since 2015.

Speaking to Muscat Daily on Monday, the visiting FIA boss, who is in Muscat to attend the FIA-MENA annual congress, said, “Oman motor sports has grown and progressed over the years. Oman boasts of a beautiful landscape with mountains and deserts and it is a good venue to host world-class rallies. “The hosting of the inaugural MENA Nations Cup Karting Championship in Muscat is another testimony of the development.

“At FIA, we work on a pyramid structure with lot of emphasis on grassroot development. Karting is the first most affordable way and I am very happy that Oman has good facilities for karting.” The 73 year old long-serving motor sports administrator was elected as FIA chief for the first time in 2009 and then re-elected twice with the last election in December 2017.

A former rally driver, Todt said, “Oman may not have the same facilities in motor sports like its neighbours which have Formula One circuits, but makes up with the passion. The Oman Automobile Association (OAA) officials are passionate to develop the sports in the sultanate and are always engaging FIA and motivated to do something. “Oman is also in the forefront of tackling the issue of road safety with numerous programmes organised.

The region suffers from huge fatalities due to road accidents and we at FIA are keen to minimise it.” He hoped that the MENA Congress which is being hosted in Oman for the first time with the attendance of representatives from 20 countries will address not only motor sports development but also tackle road safety concerns.

The Frenchman, who has been director of Peugeot Talbot Sport that claimed World Rally Championship titles, stressed the need of having more women in academies as he admitted that motor sports was still dominated by men. Todt said that FIA has been assisting the OAA with grants that has led to many education programmes and hosting of FIA-related events including the MENA Nations Karting Cup that begins on Tuesday.

The FIA boss, who headed the Ferrari racing division from 1993 to 2008, said the support of government is crucial in the growth of the sport. “It is a costly sport and government has to back its drivers and support events to make motor sport more popular,” said Todt, under whom Ferrari won 14 Formula One titles (eight constructors and six drivers).

Five of Michael Schumacher crowns came during Todt's reign at Ferrari. Besides leading the world motor sports governing body, Todt was appointed by the UN Secretary-General Ban Ki-moon as Special Envoy for Road Safety in 2015 and was confirmed again in 2017 by the new UN Secretary- General Antonio Guterres.