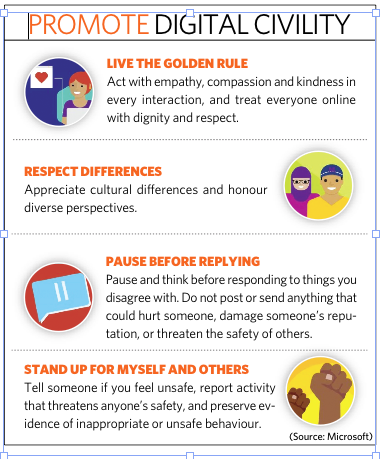 To mark Safer Internet Day 2020 with the rest of the world, the Ministry of Technology and Communications (MTC), represented by Oman National CERT organised a day-long social media campaign on Tuesday.

Every second, 18 adults become a victim of cybercrime in the world, resulting in more than 1.5mn cybercrime victims each day, according to the International Telecommunications Union (ITU). With the increased uptake of Internet, an estimated 3.9bn people using Internet in 2018, the need for increased cyber protection is the need of the hour. ITU estimates that the projected cybercrime cost was around $2tn by the end of 2019.

In Oman, there were more than 2.632bn cyberattacks on government networks in 2018 and 1.726bn malicious attempts against Oman’s private space, taking the total to over 4.3bn. According to Oman National CERT, Safer Internet Day aimed to create both a safer and a better Internet, where everyone is empowered to use technology responsibly, respectfully, critically and creatively.

‘The campaign aimed to reach out to young people, parents, educators and social workers, as well as industry, and decision-makers to encourage everyone to play their part in creating a better Internet.

By enabling the positive power of the Internet, the Safer Internet Day (SID) slogan of ‘Together for a better Internet’ encourages everyone to join the movement, and to make the most of the Internet’s potential to bring people together.

‘Digital technologies provide you with a world of possibilities at your fingertips. Never before have we enjoyed so many opportunities to learn, exchange, participate and create. Yet, the Internet also opens up certain risks to its users – especially the most vulnerable ones, such as children: privacy concerns, cyberbullying, disinformation, exposure to potentially harmful content and predatory behaviours, to quote but a few,’ state the SID organisers.

SID is organised by the joint Insafe/INHOPE network, with the support of the European Commission, each February to promote safe and positive use of digital technology, especially among children and young people.