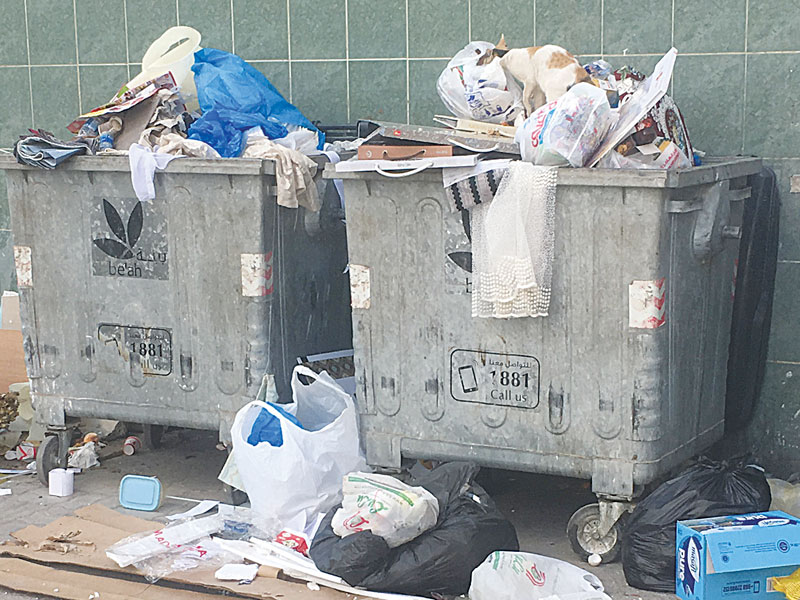 Over 400,000 tonnes of solid waste collected; Seeb to get bigger bins

Meanwhile, as part of its waste management system, the company is planning to remove small garbage bins from the streets and replace them with specially-designed bins for home use in the wilayat of Seeb, added the official.

According to Be’ah, the refuse will be collected directly from houses by its workers from next week. Speaking to Muscat Daily the official said, “The company received many complaints from residents of Seeb that the bins previously distributed were small (241lt). The complaints confirmed that some people randomly throw big waste such as green waste and old furniture. Big waste destroys the landscape.”

Under the new system, Be’ah, in cooperation with Muscat Municipality and the concerned authorities in the wilayat of Seeb, will replace small bins (241lt) with 1,100lt and 2,400lt bins. Be’ah seeks to replace old bins with new ones to raise the level of services provided and the company urges residents and citizens not to throw big waste beside bins, added the official. Be’ah can be contacted at its toll-free number 1881.