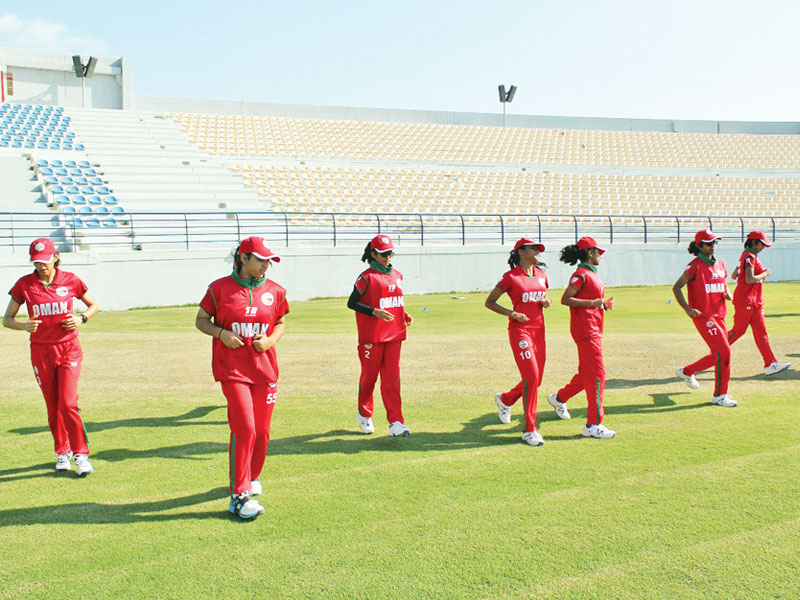 Hot on the heels of an impressive showing in a Triangular Series in Qatar where it grabbed a creditable runner-up spot behind Kuwait, Oman women’s team will look to boost its credentials as an emerging side in world cricket in a five-match series against Germany from February 3 to 8 at Amerat’s picturesque grassy ground. The first game on February 3 will be a 35-over affair followed by four T20 Internationals.

Oman is currently ranked 28th, higher than regional rivals Kuwait (30th) and Qatar (44th) and is looking to bridge the gap on higher ranked UAE which occupies an impressive 16th spot in ICC Women’s T20I Rankings. Captain Vaishali Jesrani said the team was in good nick and looking forward to the series against Germany. “This series will be beneficial to both the sides and we are expecting some good cricket. Whatever the outcome, we stand to gain more exposure and more experience,” said the Oman captain.

Training hard under the watchful eyes of coaches Haider Ali and Desmond Berhardt, Oman girls are focusing on their fitness and are thankful for the dedicated help of Vijay, the team’s physiotherapist. Comprising mostly of schoolgirls, Oman boasts a young team that is improving quickly after each outing.

“We had a very good tour of the UK last year where we got the opportunity to play cricket against quality teams in trying conditions. Some of the girls in the current squad were part of the team that toured the UK and have since shown a marked improvement. We are grateful to Oman Cricket Board of Directors for their continued support to the women’s team,” Vaishali added.

The first two games will start at 9.30am while the third encounter on February 5 will kick off at 1.30pm. After a day’s rest the series will resume with two back-to-back games. The fourth match will be played under lights, starting at 5.30 pm while the fifth and final game will begin at 9.30am on February 8.