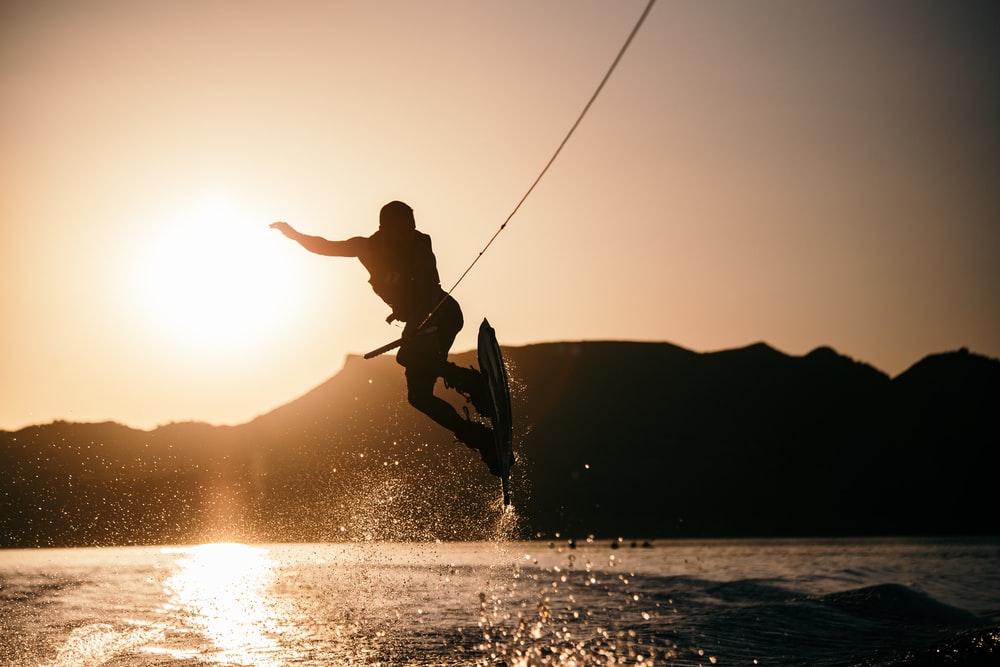 I will be honest with you I am not a sporty person. I try, but I have no sporting abilities. My family and I have been skiing since I was a child in the alps but I was taught by French skiing instructors… All well and good but I don’t speak French so I never knew what they were saying so it took me a VERY long time to get the hang of it. When I first moved to Muscat I would play Ultimate Frisbee two to three time a week in Darsait, maybe I should have worn my glasses when I was playing so that I could see the frisbee better, that might have helped but I didn’t, so I sucked.

Despite these previous sporting failings my friend recently invited me to go wakeboarding with her, so I obliged. We headed down to Al Mouj Marina and my friend Nicole, who had previously been, went first. Oh my goodness she was a pro! She was trying to be modest by saying she was just a beginner but no, she was fantastic. She could swap sides, she could hold the rope with one hand, it looked so easy so I couldn’t wait to strap the board to my feet and give this a try.

So, it’s clearly much easier than it looks! Also, I didn’t take into account that it was sea water, meaning it would be salty meaning my eyes were burning and my throat was raw from all the salt I was swallowing every time I fell and went crashing deep into the water. The premise seems so easy: hold a rope, stand up straight and be pulled by the boat, but no. I spent a lot of time in the water waiting for the boat to come and re-collect me so I could claim the rope back and try again.

However, our teacher Khalid was super patient and gave me some great tips and within an hour I was standing up and able to wakeboard for a good forty-five seconds, yes seconds! I did attempt the one-handed technique but fell back in the water, so I gave that a miss from then on. Probably the funniest part was when my friend asked me if I wanted a drink; with a wakeboard strapped to my feet I swam over to the boat and my friend poured water in my mouth, while I held on to the boat, I felt like a baby bird being fed by its mother; it was very strange.

The whole experience was so much fun, however, the next day I felt like I had been hit by a car and had whiplash as ALL my muscles were hurting, so I may need to do it more regularly; one to get the hang of it better and actually be able to swap sides, two so that my muscles get used to the sensation of being thrown around by a boat and a rope.

I’m Rachel Chew; loud mouth, foodie and a general embarrassment who you can find on Hi FM weekdays 4-7pm