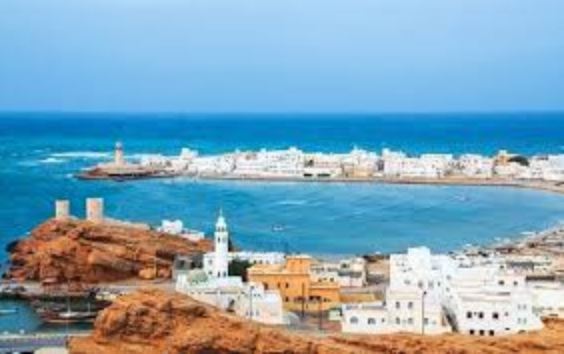 Life finally feels like it is going back to normal, well a modern normal. Recently my friend Nicole and I went to Muscat Eats. We went last year and I remember walking away with a Cheetos T-Shirt and being over the moon… That T-Shirt is now just what I sweat in when I run (attractive I know). This year the event moved to the carpark above the OCEC and was re-branded ‘Muscat Eats Drive Thru’. This year, no I didn’t get a T-Shirt, but I got two free samples of strawberry milk… I’m a cheap skate, so this may sound like I’m joking, but I was actually buzzing about this.

I am a massive foodie so I obviously wasn’t coming to a food festival to consume just one course, that would be sacrilege! We started with dessert, because why the heck not? We started our feast with some mini Kanafeh topped with pistachio, Nutella and Kinder, which were delicious. Followed by a chicken burrito, which I cheekily asked to have some nacho cheese in, to make it even messier and because I am stupid, I seem to think I have something to prove, I asked for the extra hot sauce; it was divine but it did burn my mouth. My friend Nicole opted for a samosa topped with chana masala and pani puri. I snuck one of the pani puris and oh my goodness they were insane - crunchy but really fresh… It would be rude not to try my friend’s food too, right?

Possibly the most exciting part of the event for me was the Open Mic area. It may sound silly but I actually got quite emotional seeing live music, it’s been so long since I’ve seen someone with a guitar. Yes, we all sat very far from one another wearing masks, but it felt like normal times were here. There was a fantastic singer called Hafed al Harthi who was superb; he sang two songs in English and one in Arabic and had the crowd transfixed and swaying along to his every word. Despite me shouting out “we want more” (I told you I was a loud mouth) that was all we were given.

I’m currently obsessed with Tik-Tok so of course I filmed myself unattractively eating these delicious foods and attempting to clap along to the music. Note I said “attempting”, as I have no rhythm so you will no way catch me singing or dancing in public!

I’m Rachel Chew; loud mouth, foodie and a general embarrassment who you can find on Hi FM weekdays 4-7pm