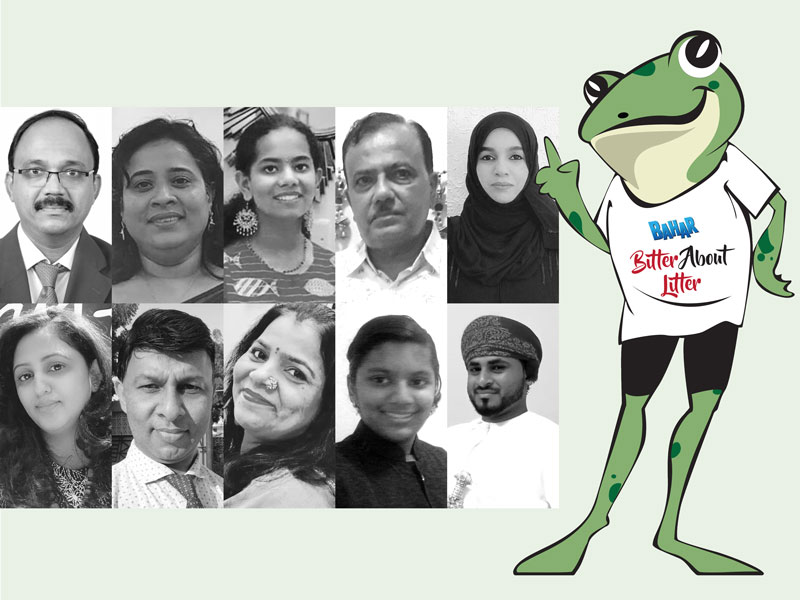 Muna Basheer al Zadjali
Private sector employee
People throw garbage outside the bins as they think the cleaners will do the rest. Warning notices should be issued and strict punishments should be imposed on those engaging in littering. Schools and even companies should conduct awareness programmes to inculcate anti-littering habits. Carry garbage disposal cans when undertaking long journeys.

Saji Uthuppan
Lecturer Improper disposal of hazardous waste can damage the ecosystem and affect human health. Though many people are aware of the consequences of soil contamination they are callous when it comes to these issues. Every individual should consider it as his or her duty to protect the environment. Punishment should be imposed for deliberate violations.


Sandhya Bhat
Homemaker Lack of awareness, laziness and carelessness are the reasons for such acts. The municipality provides bins in every area and awareness campaigns are regularly carried out by Be’ah, ESO and even Apex Media. We don’t see society and environment as our own home or else would never dare dispose garbage in a wrong way. Fines are a must to stop littering.


Jayatee Choudhury
Student
Littering is mostly a result of carelessness and laziness. A lot of people leave food trash around the bins  to feed the cats. To prevent littering, closed bins should be used and separate areas should be allocated for feeding cats and birds.


Jaysinh Toprani
Company director
Feeding rubbish to animals can cause choking among animals. Manmade rubbish also contains toxins that affect the food chain. Those who feel throwing rubbish outside bins will help strays then they are wrong. It is important that people ensure trash is dumped securely inside the bins.


Reena Krishnappa
Event organiser
Littering is an issue that has been written about so many times and yet people continue with the practice. ‘Every one does it, every where. Not a big issue’ attitude should be shunned. Strict action by the authorities is the only solution to prevent littering. It can trigger diseases and people should be conscious of it.


Sultan al Rawahi
Private sector employee The solution to littering is awareness. Many organisations are doing their part in cleaning the environment and spreading awareness on the issue. It is important to impose fines when garbage is wrongly disposed.


Disha Naik
Student I think it is irresponsibility and laziness that prevents people from walking till the bin and putting garbage inside. We see so many people throwing cans, cigarette butts, and paper out of their cars on the roads. It is time heavy fines are imposed. Stricter rules are required to bring about the change and keep the surrounding clean.

Bindu John
Teacher People staying in flats without lifts at times send kids to dump waste but they throw it outside as they find it difficult to open the bins. Also, these bins are full many times. Some also put waste outside to feed stray cats. Circulating messages on the issue through social media can bring about a change.


Mohan Anandan
Banking sector Lack of civic sense is an important factor behind such habits. Other factors include laziness and carelessness. It is also important to realise one’s responsibilities for the betterment of society. Inculcating good moral values is also necessary if we want to raise individuals who are committed to conserving environment.