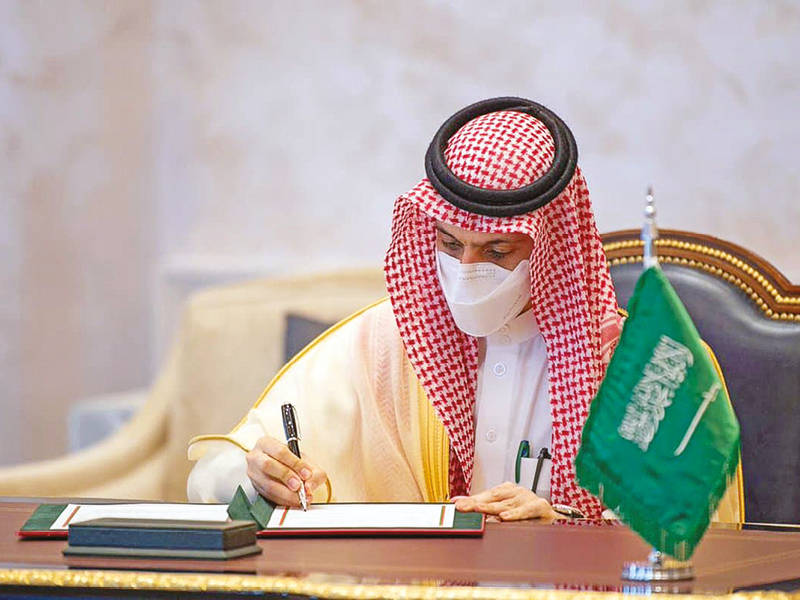 Within the context of the state visit of His Majesty Sultan Haitham bin Tarik to the Kingdom of Saudi Arabia, the Omani and Saudi governments signed a memorandum of understanding (MoU) to set up an Omani-Saudi Coordination Council, in the presence of the Custodian of the Two Holy Mosques King Salman bin Abdulaziz al Saud and His Majesty the Sultan.

The signing of the MoU stems from the directives of the two countries’ leaders for consultation and coordination between the two sides on matters of common concern. It is also aimed at enhancing and expanding cooperation between the sultanate and Saudi Arabia, which are expected to sign more agreements and memoranda to serve their joint interest.

The two countries hope that the coordination council will promote existing cooperation and joint projects with a view to achieving full integration in various spheres.

The ceremony was attended by senior officials from the Saudi and Omani sides.