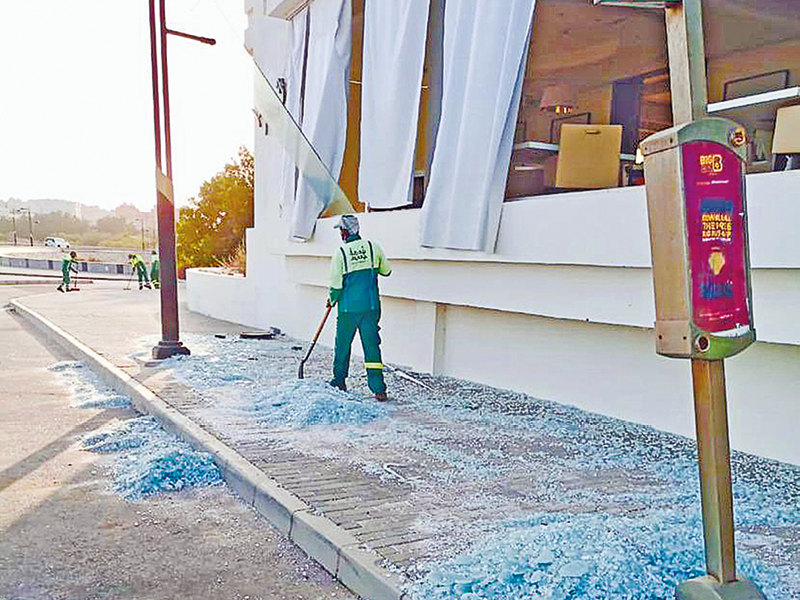 Clean-ups after storm and rains

Muscat Municipality has conducted a number of clean-up drives in various sites and streets in the aftermath of the thunderstorm and rainfall that hit Muscat on Monday.

In a statement on Tuesday, the Muscat Municipality said, ‘The municipality has conducted several campaigns to clean streets, pedestrian paths, and remove debris resulting from the thunderstorm and rainfall that hit some wilayats of Muscat governorate.’

Light to moderate rainfall was recorded on Tuesday in a number of wilayats.

The wilayat of Sohar received the highest amount of rainfall during the past two days (Monday and Tuesday), according to the Ministry of Agriculture, Fisheries and Water Resources.

‘The wilayat of Sohar recorded 9mm rainfall, Bidbid 5mm, and Amerat, Mussana, Barka and Bausher 4mm each’, the ministry said.

The rainfall measurement stations of the ministry registered 24mm rainfall in Yanqul during the period from April 28 to May 1. In the same period, the wilayat of Rustaq recorded 16mm rainfall, Quriyat 16mm, Ibri 14mm, Saham and Bahla 13mm, Al Hamra 2mm and Buraimi 10mm.